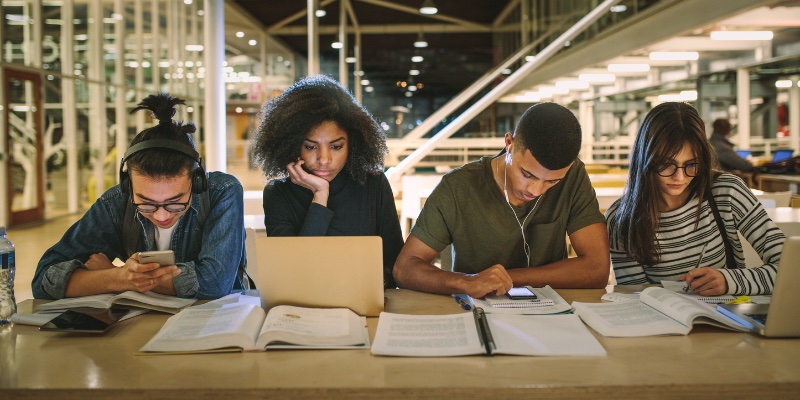 I didn’t realize that quarters and semesters could be so different until my first summer break. All of my friends from my country who had also gone to study in the U.S. started posting their pictures eating cevicheat the beach while I was still studying for my spring-quarter midterms. This is because typically, U.S. colleges and universities are divided in one of two academic systems: quarters or semesters. Both have numerous benefits, yet according to Study.com, about 90% of colleges in the United States use the semester system. So, what are the main differences between the two?

An academic year organized by semesters is made up of a fall semester that begins around late August and ends in mid-December, and a spring semester that spans from mid-January until the end of May. Each semester therefore is about 15 weeks long. Students in the semester system take four or five classes each term.

An institution that uses the quarter system splits the academic year into four quarters: fall, winter, spring, and summer. Summer quarter is usually the “vacation quarter,” though some students, especially those studying more than one major, choose to take some classes during this period as well. Each quarter is about 10 weeks long, so students only take three to four classes.

So… Which One is Better?

Opinions differ greatly. According to a blog by Concordia University- Portland, there are more advantages to studying in a university or college that uses a semester calendar for two main reasons: the possibility of transferring and job opportunities post-graduation. This is because since the majority of schools use the semester system, if you transfer from a school that uses the quarter system, you might end up with less credits than you need for your program of study.

In terms of job opportunities, this is only because of the timing. Quarter-system students may find it harder to find summer internships because of their start dates being before the end of the quarter. Moreover, quarter-system students graduate about a month after their semester peers. If students in the quarter system wait until after they graduate to start applying, there may be less opportunities. However, having studied in a university that used quarters, I have to say the latter is not as much of a problem as it seems. Most of my peers applied for jobs as early as January or started internships that turned into jobs after they graduated, so I don’t see this as much of a problem if you keep yourself on track.

On the other hand, the Daily Bruin, UCLA’s student newspaper wrote an article on the topic as well claiming the quarter system is better for both students and faculty. According to this article, quarter-system students take on average six more classes than semester-system students. More classes mean students have more opportunities to take electives and explore other interests outside of only major requirements. There is also more variety of electives since, as the author of this article states, “it is much easier for professors to teach one quarter of their specialty than one semester when they have other teaching requirements, like teaching intro classes.”

The biggest both advantage and disadvantage of the quarter system is its pace. While semesters allow for professors to go more in depth with the material, quarters require you to almost literally hit the ground running. By week three you already have to be thinking about midterms and before you know it you have to start working on your final papers. However, on the flip side of that, if you have to take a class as a requirement but you’re terrible at it and hate it, it will go by faster than you expected. Moreover, because you have to go through so much material in what feels like such little time, professors tend to find ways to keep students motivated and in the end you have a basis for a larger variety of topics.

A lot of times as a student I did wish that I had more time to process the information I was being taught, or that we could study more about one topic I liked instead of more in what felt like surface-level, but overall I enjoyed my experience. I can’t help but wonder if perhaps the more ideal academic system would be somewhere in between. In the meantime, it will come down to preference.

Wendy studied Creative Writing and Theatre at Seattle University. She's happy to share some of her stories and help other international students adapt to life in the U.S.