Who to Ask for a Recommendation Letter 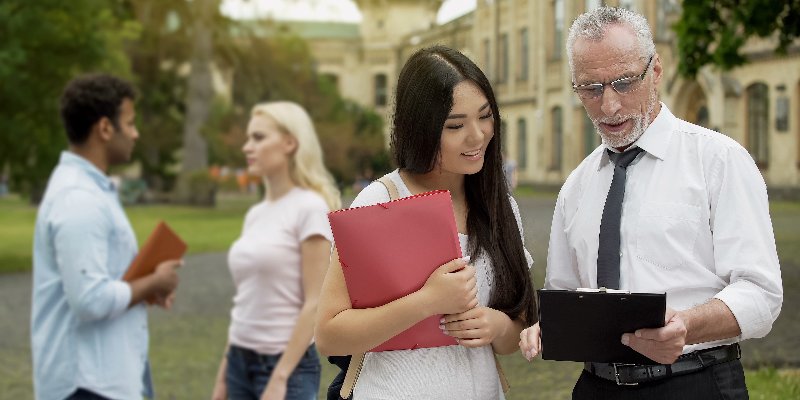 Someone who is connected to the company

Someone you volunteered with

If you are a recent college graduate, it is acceptable to ask your professor for a letter of recommendation. (Bonus points if the professor is somehow affiliated with the school or company you’re applying to, or if you have done research/a project under their direction.) You should try to ask a professor who knows you well, so it’s best to ask someone who has taught more than one of your classes. It’s even better if you can ask a professor that you have worked with (for example, if you have worked in their lab). These professors will be better prepared to write about your work ethic. Professors are great people to ask for recommendation letters.

Do NOT ask family members for a letter

Be careful when asking personal friends

Unlike asking family members, asking personal friends for a recommendation is not a definite no-no. It’s not automatically a conflict of interest. However, you should have a good reason for asking your friend. For example, is your friend an alumnus (or alumna) of the school you are applying to? Do they have an affiliation with the company you’re applying to? Did they volunteer with you? If so, it would be acceptable to ask them for a letter of recommendation. If not, your friend might not be the best person to ask for a recommendation letter.

If you need a letter of recommendation, there are many people in your life you can ask.

Alyssa Lafitte is a biology student at the University of Miami and writes for Uloop.com, Online Marketplace for College Life.