How Seattle Changed My Perspective

I am from a small city in Turkey. I moved to Seattle, WA, in 2015 to learn English and attend college. When I moved, I was only 17 years old. Back then, I had extraordinarily strong opinions about how people should dress and behave, and I thought my way of thinking was the only right way. All my friends and family in Turkey were the same way as I was, so I never saw the problem in me. Seattle is a very multicultural city. At the beginning, I had a difficult time getting used to the new culture. There are people from every part of the world living among each other. I was surprised how quite different people could get along like these people. After living as one of them, I learned that it is all about respect. Not everyone looks at the world from the same window as I am looking at, but it does not mean my window is better than theirs. It just means my window is different. Where I grew up, it was normal to judge people, so I always found the right to do that. However, in Seattle I found out that people do not really like people who judge them for no reason. Once, a friend of mine told me that before you judge someone always ask yourself, “Would I like it if they did the same thing to me,” and she continued with, “If your answer is no, do not judge them.” Seattle taught me to be respectful, mindful, and polite. I learned very quickly that it does not matter what one’s religion, sexual orientation, or skin color is, what matters is one’s personality. After learning to be open-minded, I made lifelong friendships, and I received better respect from others.

I also lived with a host family from the Philippines who helped a lot with learning the new Seattle culture. Our host family always had students from Denmark, China, and Japan, which taught me a lot about different cultures too. Respect can mean very different things in Japan, Turkey, and America. For example, when I was only Turkish, I thought you could only respect your elders. However, now that I have somewhat become an American I know that respect has nothing to do with age. I always thought people in Seattle were extremely respectful, but when asked to my Japanese roommates, they often found people from Seattle very rude.

Seattle is the city of the free. There are many people that look very different than what I was used to seeing. There were also many people who identified themselves differently than their appearances. Before I changed my perspective, I would have strong opinions about it, but because I changed my way of looking at life, I am nobody to judge. I never knew what my future would bring.

I am thankful every individual that walked through my life in Seattle taught me something important. They are the people who created the person who I am today as a respectful, mindful, and polite human being. 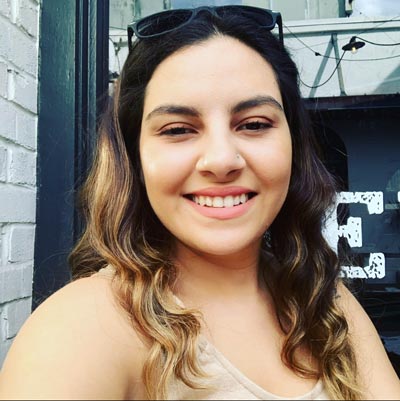 Meltem Kanbur (who goes by Mel), was born and raised in Bursa, Turkey. When she was 17, moved to Seattle, WA, and studied English at North Seattle College for two years. When she met the love of her life, she decided to move to Orlando, FL, where she currently lives and is attending classes at Seminole State College. In her free time, Mel enjoys reading, writing, and most importantly playing with her dog Polly. Mel loves to be helpful, and she enjoys talking to people. How to Live THE American Experience Top 4 Reasons to Study in the USA!