“Ten years to sharpen a good sword.” This means that having a good skill requires 10 years of effort. I just understood this truth a few years ago. I am an impatient person, doing anything with only three minutes of enthusiasm, so I don't have any proficient skills. When I was living in Hong Kong, which is a fast-paced place, I was always busy. It is difficult for me to put a lot of energy and time into learning an interest. However, I admire others who have good skills, whatever skill it is. The experience of raising my children sharpened my skill to be patient. In addition, the process of learning English has also shown me this truth.

Recently, my daughter has been preparing for her level-10 piano history exam, which we both hope she will pass the first time. Before she gains the level-10 piano certificate, she has to pass several previous level's practical exams, theory exams, and history exams. Essentially, she has practiced for the exam every year, which is not easy. Although she is not really interested in music, she believes that she has no other strengths, so she insists on continuing with music. In addition to preparing for the piano performance level exam, which will take in December, she also plays the violin very well. She started to play piano at age six, and now she is sixteen years old. She has never stopped practicing for ten years. This tells me that possessing a master's level skill requires ten years.

On the other hand, my son also studied the piano in the past, but he had a very different result. My son gave me a lot of trouble about his everyday practice. A one-minute song took at least two hours to finish under my careful watch. Even though I have never learned anything about the piano, I had to teach him every song again because he never paid attention during his piano lessons. Ironically, I was able to play the piano level 5 songs and passed the level 5 theory exam. This experience improved my tolerance because my son always wasted a lot of time in his practice. Finally, I agreed that he could give up learning the piano, so he stopped at level 5. Since then, he has never touched the piano again, and neither have I. Now we both seem to have lost the skill of playing the piano. In this case, I learned that if a sword isn't used for a long time, it will rust or lose its function.

In the process of learning English, I realized that being proficient in a language is not easy. Before I came to America, I estimated that I could learn English well in three years. However, I was mistaken. My English level was much worse than I expected. On my journey of learning English, something has also changed in me. The first is patience. In the beginning, I couldn't concentrate on the book or sit in a chair for 15 minutes, but it is much better now. The second is interest. I used to feel that learning was boring, but now I think that learning is fun. I think learning languages will become my lifelong interest. If I have time, I would like to learn another language, such as Korean, because I like to watch Korean TV dramas. For now however, I will continue to study English until one day I think my English is professional; I estimate that it will take 10 years. 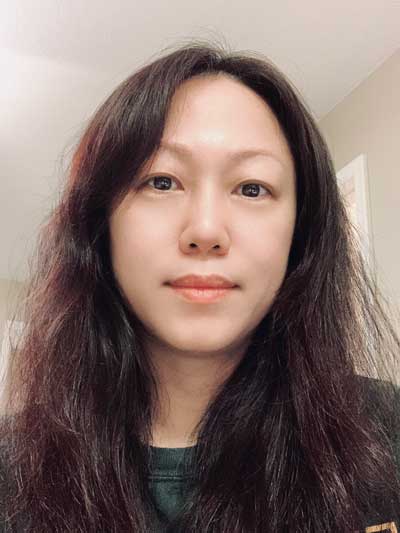 Apple Wong is an English language-student at Seminole State College in Sanford, Florida. She is originally from Hong Kong, where she has lived for 40 years. She decided to come to the United States with her two children, ages 8 and 10, to experience American education. She is planning to study at the university with her children.