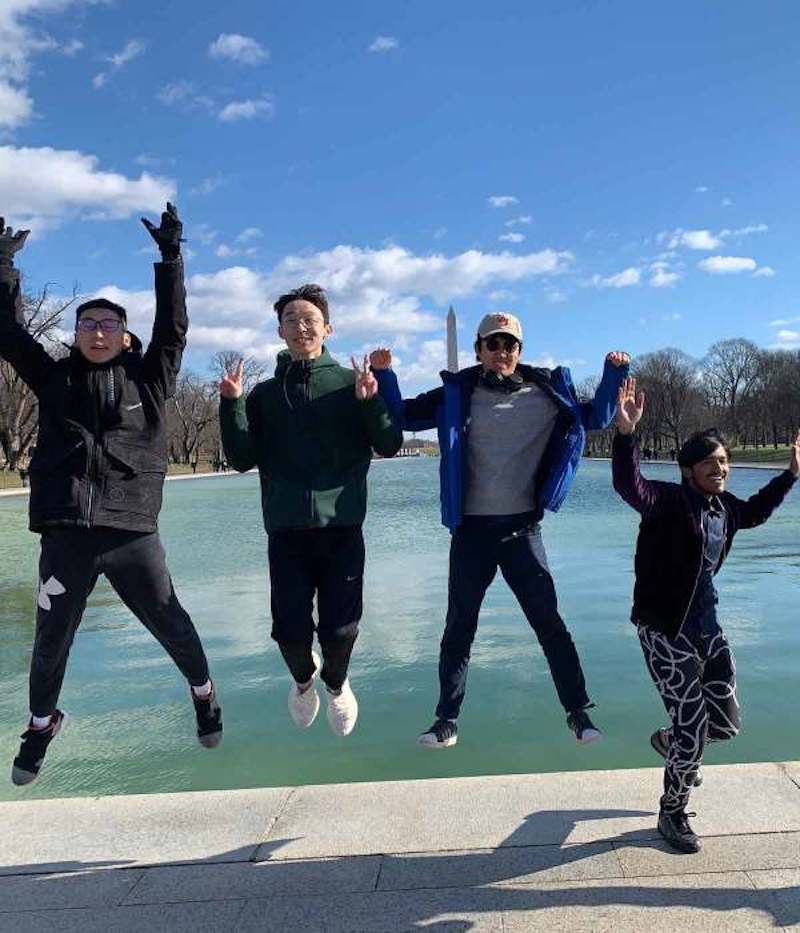 Breaks during the school year are a great time for college students in the US to explore new cities, try something new in the city where they live, or take an opportunity to participate in college service-learning projects.

The Alternative Student Break program at Auburn University places teams of college students in various communities to participate in community service and experiential learning projects over break periods during the school year, such as spring break and winter break. Alternative Student Break trips allow participants to immerse themselves in diverse environments and provide opportunities to discuss and understand social issues in a deeper way.

Over the winter break in December 2019, Auburn Global partnered with Alternative Student Breaks on a service-learning experience in Washington, DC. Auburn Global is a first-year program at Auburn University designed to support international student success. One Auburn Global instructor, Patrick Maestas, seven Auburn Global students, and several American students attended the trip, during which they volunteered at the DC Central Kitchen, which fights hunger, and an organization called A Wider Circle, which combats poverty. They also managed to fit in some sightseeing during their time in the nation’s capital by visiting the Lincoln Memorial and Library of Congress.

“My favorite part was when we went to Central Kitchen where we prepared some food for the locals,” said Michael, an Auburn Global student from China. His main goal of attending this Alternative Student Break trip was to “…volunteer and go to sites to see what people really need.” And this trip allowed him to do exactly that.

The value gained from this trip far exceeded brushing up on cooking skills. During their time at DC Central Kitchen, students played an active role in positively impacting the cycle of hunger and poverty through their time and actions.

While breaks provide great opportunities for volunteer projects and experiential learning, students can find ways to plug into local volunteering efforts and experience the many benefits that come along with volunteer work throughout the year.

Trips like those offered though Alternative Student Breaks and opportunities for continuous, regular community service efforts can not only benefit others in need, they can also broaden students’ perspectives and lead to new friendships and personal discoveries.