I am an international student from Tokyo, Japan, studying at Chemeketa Community College in Salem, Oregon. I have had a great number of difficulties and hardships since I’ve come to study abroad in the United States.

The first difficulty is language. English is the biggest challenge, and it is hard to overcome. I have studied English since middle school, like most Japanese students. Because I grew up with Japanese, English has always been a challenge to face. I am able to understand the value of learning English because it is in high demand for every country in the world. After World War II, the world became globalized and English became a universal language. It is an indispensable language to become actively involved in the world. There are a variety of situations and environments in which people have to speak English to communicate or present their thoughts, such as international trading, business, and conferences. That’s why I am in the United States to get an education in English.

In general, learning a new language is hard and requires a lot of work. When I was in Japan, I studied English a lot, especially grammar. However, it was hard for me to improve my English. Although the Japanese education system makes Japanese people focus on grammar, it is still hard for me to understand parts of English such as verbs and adjectives. When Japanese people write an essay, they tend to use correct grammar, but usually, they struggle with finding the right word. It is difficult for them to grasp the sense of English because they do not get any opportunities to learn about real conversational English. Most Japanese people have the same struggles as me. When it comes to listening, it is also hard for us to understand what people say and to get involved in the conversation. The meanings of a word are changed depending on the context. We never get these meanings because we have knowledge from only what textbooks show.

In order to adjust to and overcome the difficulties of English, an English tutor is a significant resource. There are several options for English Tutoring at Chemeketa, such as the Writing Center, Tutoring Center, and International Program. I can go to these facilities to get support from the English tutors. They can help me with writing, conversations, and reading, and provide me with helpful information and tips. I ask for help from an English tutor at least once a week. I can fix my essays or understand long articles through the English tutor.

The high tuition fee is a hardship for international students. In order to get an education in the United States, we must have enough money to afford it. On top of this, there are only a few ways to make money, and we have limited time to work and with low wages. Generally, it is harder for us to get scholarships than local students. The tuition fees to get an education from America is definitely a setback to the international students. If you want to study abroad in the United States, you need to find a way to deal with tuition fees. I consider money all the time and study hard to get a high GPA to qualify for scholarships. 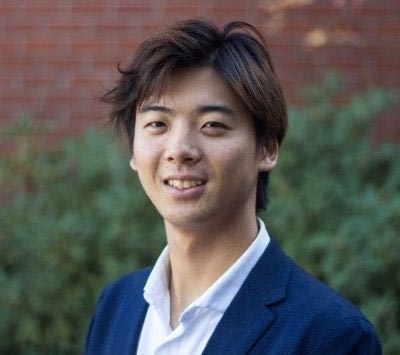