President Barack Obama delivered the 2016 commencement address at Rutgers University on Sunday, May 15.

From the Rutgers University Commencement page:

Marking Rutgers’ 250th Anniversary, President Barack Obama, the 44th President of the United States, delivered the commencement address on Sunday, May 15, 2016. Greeting more than 40,000 family and guests and 12,000 graduates, he challenged them to work globally to solve problems and not build walls and to be civically engaged—"to be a citizen, full time."  See photo highlights, a video archive, and a collection of social media posts from the day.

President Obama told students and their families that the world is more interconnected than ever before and needs to work globally to solve problems, not just to build walls.

“The biggest challenges we face cannot be solved in isolation,” he said. “When overseas states start falling apart, they become breeding grounds for terrorists and ideologies and nihilism and despair that ultimately can reach our shores,” Obama said.

On why President Obama chose to deliver a commencement speech at the New Jersey-based university, Rutgers News said this:

(President Obama) told students he decided to speak at Rutgers, the nation’s eighth oldest university, because it was the only university to launch a three-year campaign to try and convince him to come to New Jersey.

“Emails, letters, tweets, YouTube videos – I even got three notes from the grandmother of your student body president,” Obama said. “I have to say, that really sealed the deal.”

See below for more photos of President Obama. 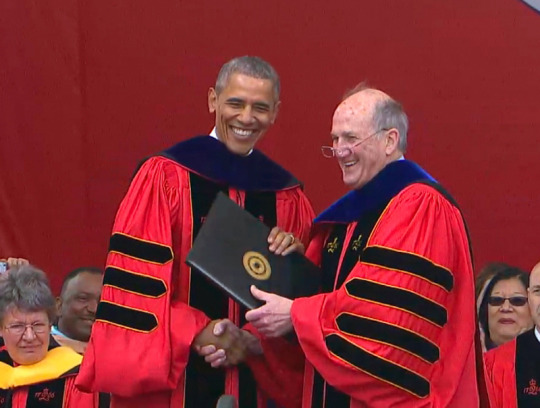 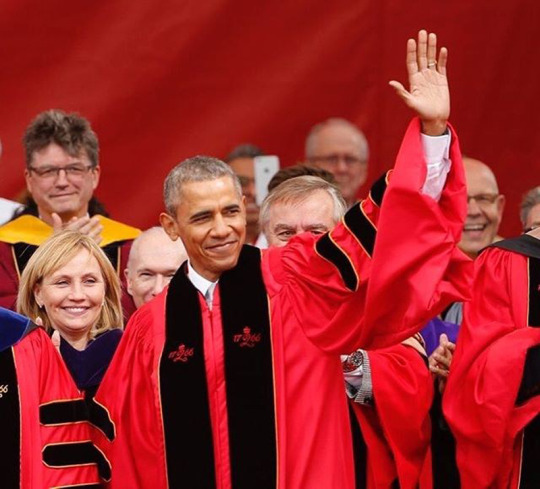