From Student Blogger, Wendy: The Book in Seattle and the Panama Hotel

My friend Loreen applied to Seattle University (SeattleU) because of a book called, Hotel on the Corner of Bitter and Sweet by Jamie Ford. You would think that kind of romantic-meant-to-be moment would happen to me, the English Major that reads a lot and makes some life choices based on what certain characters would do, but unfortunately destiny only fixed it all that way for Loreen.

I had to find out about SeattleU the normal way (because I liked Seattle and my brother studied there) but I read the book after Loreen told me about it. Honestly, our university is barely named a few times; it’s where the main character’s son studies. Other than that, no scene took place there, as far as I remember. Fun fact though—the main character’s son and I lived in the same dorm building and floor: Bell 6, what’s up.

The plot follows Chinese-American Henry Lee in 1986, mourning his wife and remembering his childhood friend, Keiko Okabe. Back when they were children in the 1940s and during the Second World War Keiko was taken to an internment camp for being Japanese. In 1986, Henry believes her family’s belongings may be in the basement of the Panama Hotel, along with those of other Japanese and Japanese American families that were forced relocate after President Roosevelt’s Executive Order 9066.

Reading this book affected the way I see Seattle in the sense that it made me think more deeply about the history that the cities we move into hold. Like with any other place you visit, I think it’s always a good idea to read a little bit about it: the touristy places, but also its name, what “relevant” things have happened here, are there any famous writers from here?

This book opened that door for me because it led me to do research on that specific part of history. Because my university is located relatively near to the International District, the Panama Hotel, I decided to read about these internment camps and what happened to people of Japanese ancestry during the War.

Back then, the Panama Hotel was owned by Takashi Hori. He was sent to an internment camp himself, but made space available in his basement for Japantown families’ possessions. One of his acquaintances looked after them while he was gone and until his return. Some people came back for their belongings, but most didn’t; “Some had died. Some moved away, and some may have simply wanted to leave aspects of the past behind.” (The Seattle Times)

Almost five years later, already graduated, Loreen and I were finally able to visit the Panama Hotel, a place that is now deemed a National Treasure. It operates still as a bed & breakfast but you can sit down, have a cup of tea, and read a book at the café. There is no longer access to the basement, but you can see some of the families’ belongings through a glass panel built onto the floor. The current owner, Jan Johnson believes it is crucial to remember what happened here and in that way, honor this part of history.

Hotel on the Corner of Bitter and Sweet is not even close to being one of my favorite books. It starts off a bit slow, but I’m grateful I read it because it made me think that the least we can do is remember.

This whole blog is leading to this one point that by now should be pretty evident: If you’re thinking about moving to a specific city in the U.S. for your studies, do a little research on what went on there. Read a book that takes place there. If anything, it will show you a few places you can visit, look into, and talk about later on. 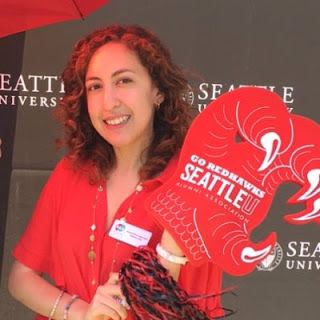 Study in the USA helped me to discover myself. I was able to realize my dream of being an excellent student and make my parents proud. I was also able to start a leadership club at my college.