Photo caption: The main assignment on the way to Hutchinson was sleeping. I sat next to my roommate, Daniel Milota (on left.)

It’s spring break. When I take a look in social networks, I see friends traveling to Las Vegas, California, Oregon or Florida. They enjoy their time on the ocean, at parties or bonfires. I arrived in Hutchinson, Kansas, this evening, a small town that is far away from parties and bonfires near the ocean.

I would lie if I write in this column that I wouldn’t enjoy some days on the ocean, to relax, to celebrate. It would be amazing, for sure. However, I’m happy to be in Hutchinson now. It’s March Madness, and the basketball men of Northwest College (NWC)– called ‘The Trappers’ - are qualified for NJCAA’s national tournament. They had to wait almost half a century to participate on such an event again, and for me it’s a pleasure to report about it.

It’s my second experience to cover a national tourney since I live in the U.S. Last November, I went with school photographer Daniel Baney and my colleague Cameron Grewell to Casper, Wyoming. We covered the national tournament of women’s volleyball, what was a great experience. This time, I have a bigger challenge.

It isn’t a four-hour drive, we are on the road for two days until we arrived in our hotel in Hutchinson. Now, it’s my own responsibility to make photos, videos and reports. Daniel Baney traveled with photography students to Buenos Aires, Argentina. Cameron Grewell works near Billings, Montana, during spring break. After the Trappers won the Region IX crown last weekend, it was clear that I will also cover the nationals.

In my suitcase are a video- and reflex-camera, three SD-cards, three CF-cards, clothes and the laptop of my roommate Daniel Milota. Daniel is freshman and plays basketball at Northwest College, his hometown is Prague, Czech Republic. Well, with German, English, Latin, French and Italian, I learned five languages in school, but not Czech. It’s my first little challenge in Hutchinson.

I try to upload a video interview with Jonathan Newsom, a former NWC basketball player, on Northwest Trail Facebook. We met Newsom at Bethany College, Kansas, where he plays in the NAIA. I use the opportunity to talk with Newsom about the current team and their chances at the tourney. So far, so good.

When we arrive at the hotel (by the way: Gillette and Tyler Junior College are in the same hotel), I realize that I forgot a European charger. It’s not a big deal, because some American chargers are connectable with Daniel’s laptop. After I borrow one and the laptop goes on, I realized that I need patience today: All settings and programs are in Czech, I need time to figure out how his video programs work. I could try it earlier or ask Daniel, of course, but his job is focussing on the tourney.

The interview with Newsom is uploaded on Sunday evening. I’m happy that I figured out how to work with a Czech program. The Trappers, No. 7 seed in the tourney, will observe their opponent in the round of 16 tomorrow evening. Possible opponents are #10 John A. Logan and #23 Cape Fear. I will show you some video streams of the opponent on Facebook, uploaded with Daniel’s laptop, before I go swimming. It’s just a pool in Kansas, not the ocean, without a party or bonfire around: However, my spring break could be worse. I’m excited what NWC will accomplish.

It was clear that the last seven minutes of the quarterfinal game would hurt, when two players of Northwest Florida State tripped over NWC’s center Christopher Boucher and toppled onto him. These seven minutes in the Hutchinson Sports Arena hurt players, coaches, the crowd and reporters. The game was close until the end, with scores of 88-88, 90-90, 93-92, it debilitated everybody in the Sports Arena. In the end, the Trappers lost a tremendous basketball game against Northwest Florida State 94-92, their winning streak ended after 18 victories in a row.  NWC left the NJCAA Division 1 Men’s National Basketball Tournament to drive 16 hours back to Powell, not with pain, but with pride and the knowledge that they almost beat the national champion. 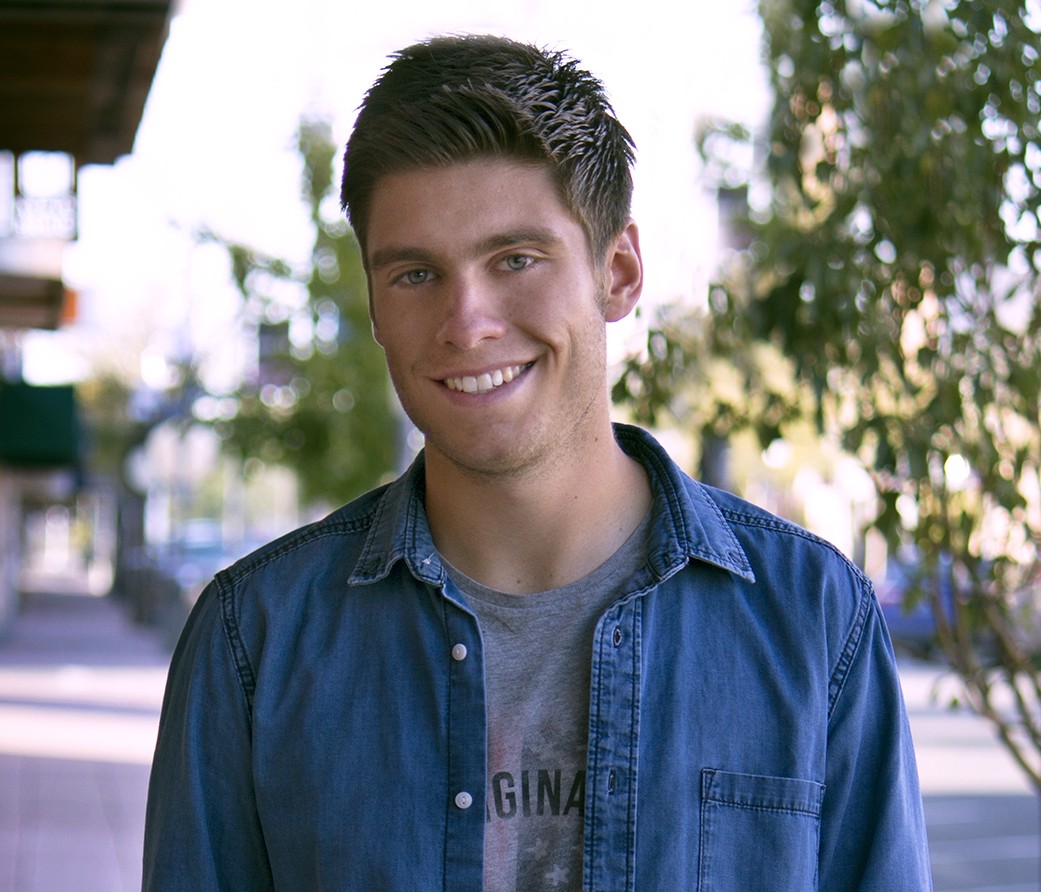 Marc Lamberger, 24, is from Munich, Germany. He is a participant of the Congress-Bundestag Youth Exchange for Young Professionals (CBYX), a fellowship that brought him to Wyoming. A part-time student at Northwest College, Lamberger has worked and studied as a journalist in Germany. He now works as a young ambassador for CBYX and reports for the Northwest Trail about sports and people of NWC. He will return to Munich at the end of July. My Path from Hawaii to Florida and Hospitality to Accounting Three Reasons Why You Should Study Abroad UC Berkeley: Experience of a Lifetime!

A nomad in search of art We Live in a World of Stereotypes