My First Year of College 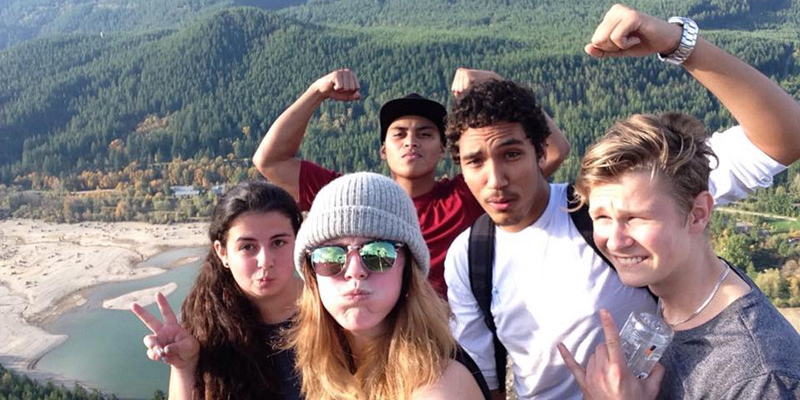 By now I have visited this wonderful city numerous times. Vancouver is an incredible city and most of my stories come from visiting this city. From getting trapped in a staircase in a parking garage to walking around with a walkie talkie to having to drive back from the Canadian border on a permit with all my friends passed out. I can talk about this city for hours. If you have the chance to visit Vancouver, do it.

Over Spring Break I traveled to LA with a couple of friends. Before I visited this city I had this idea in my head that LA wouldn’t be the city for me and that everyone would be covered in fake tans and had some sort of plastic surgery done to them. While this is probably true I did not see much of that and instead I had a fantastic time. I spend time on the beach, went biking from Venice Beach to Santa Monica, visited the Hollywood Boulevard and even did one of those cliché Hollywood bus tours.

Over Winter Break my friends and I went on a road trip all the way to Minnesota. It was a long drive and unfortunately the weather was not in our favor which caused us to having to spend the night in a sketchy motel in the mountains of Montana. Despite of the setbacks, I did get to see a big part of this country which was incredible. Once arrived in Minnesota we went skiing, enjoyed some time in a hot tub and visited the biggest mall of the US.

From Minnesota I flew to Florida to see my family. I hadn’t seen my family in give or take twelve years so it was great to see them again and meet my nephews and my niece. Another great thing was that my dad, stepmom and my little brother also had come to Orlando to see the family, so we had one big family reunion. I got to go jet skiing, spend time on the beach and visit downtown Disney (I didn’t spot any gators though…  Too soon?).

One of the best things during my first year of college has been all the spontaneous trips. My friends and I rarely planned something and most of the times just jumped in the car and off we went. These trips include camping (A LOT), Rattle Snake, Portland, Golden Gardens, Vancouver and Seattle. I loved these spontaneous trips because nothing was planned and that is, in my opinion, the best way to truly experience things.

During my first year I have met so many new people. This college has a big International Program and I think that’s great. The college frequently organizes different events and has an introduction camp for new international students; because of this I have met people from all over the world. This has really expanded my knowledge about different cultures and people.

7.  Stepping out of my comfort zone

Before coming to the US I made a pact with myself that I would step out of my comfort zone and do things that I normally never would have done. One of these things was taking a drama class. I know it sounds weird but standing and talking in front of other people is a thing I was never comfortable with. Taking this class was one of the best decisions I have made. I became more confident, open and I made new friends in this class.

During my stay I got to cross off a lot of items on my bucket list. I went to see the Rocky Horror Picture Show, got a new tattoo, went on a big road trip, I walked on the Pacific Crest Trail, I saw an Ice Hockey and a Baseball game and many other things. You can check my bucket list on my blog.

This first year has been amazing. As you can read I did a lot of things and I think this year has changed me for the better. I am truly thankful for the people that have made this all possible. I won’t get to mushy because I still have six months to go but I just wanted to get that out there.

Kayleigh de Vrij, from the Netherlands, attends Green River College in Auburn, Washington. She is majoring in Gender Studies. She intended to go to Green River College for nine months as a gap year experience, but has extended her stay by six months to finish the Gender Studies program and to transfer to University College Roosevelt in the Netherlands.​