How do Americans feel about the presidential election result?

It seems many people are so confused and disappointed about the US presidential election result because it wasn’t predicted that Donald Trump would win. However, the election has already been done and some people are ready for the new president. As you know, that campaign was unusual for many people. What was the reason that people were so excited about who will win? One of the reasons was that the debates were so contentious between Hillary Clinton, Democratic Party, and Donald Trump, Republican Party. Also, both candidates made many promises such as improving healthcare and expanding women’s rights (promises made by Clinton.) On the other hand, Trump has stated he will “Make America Great Again” with new policies on border security and illegal immigrants. Thus, Americans have been vastly interested in the presidential election. However, many people are not pleased with the result, especially university students, and so after the presidential election, some people, such as San Francisco State University students, protested the result. After school there was a huge line at the Muni [San Francisco public transit] station full of students going to Union Square to meet other people to protest against Trump!

On the other hand, how do international students feel? Actually, I can tell you that many international students were excited as well as Americans. I observed my friends during the presidential election and many of them were vastly curious about the debates, campaigns and, of course, the results. We watched many debates and discussed the candidates’ behaviors. It was a very interesting experience for us because we came from different countries and we had different political perspectives while we were considering the candidates’ promises about running the U.S. presidency.

Does “democracy” work all the time for everyone? People can decide how to be managed and most of the country's political system is predicated on democracy! However, sometimes, some people are not satisfied with the results because some important social values are ignored. I wish Trump would be a great president for every American, not only his supporters!

Here are some of them:

Campaign (noun): - a series of actions performed to help reach a goal, such as winning an election. Presidential campaigns include giving speeches, meeting voters, and debating against opponents.

Delegate (noun): - a person chosen to vote on other people’s behalf. Delegates vote for the candidates at their political party’s national convention, usually based on the results of their states primaries or caucuses.

Poll (noun): 1. – a survey of people’s opinions or beliefs.  2.  – a public place, such as a school, where voters cast ballots on Election Day: also known as a polling place. 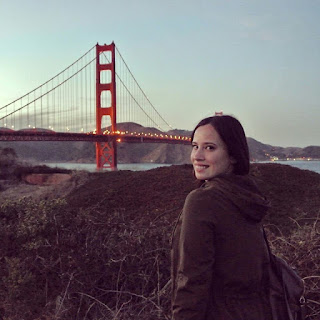 Study in the USA helped me in many ways. Some include: helped me to know there are a lot of different opportunities in the USA, how to explore colleges and find a perfect one for myself, how to calculate fees...