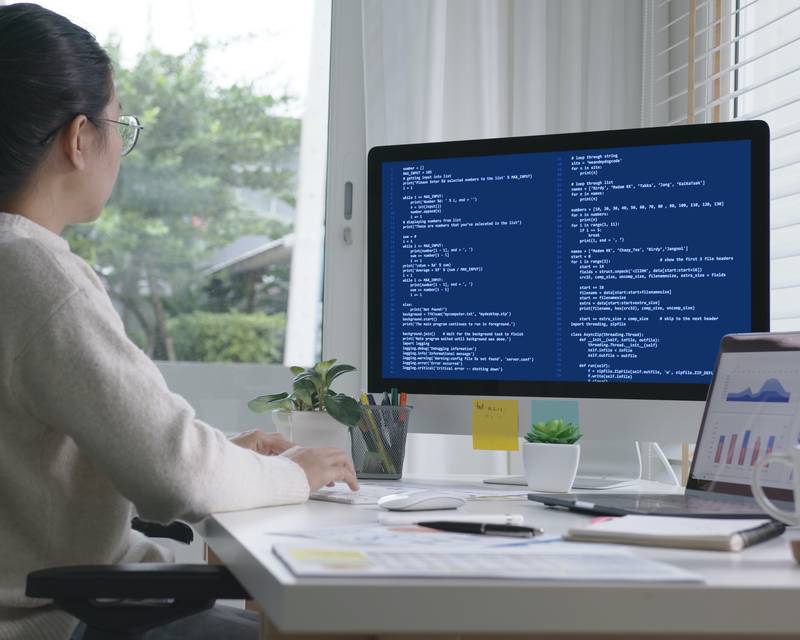 When Mwana flew from Kenya to Cambridge to attend an iD Tech Camps hosted at MIT Campus, she said to herself, “I remember landing there thinking: my dream is about to start.”

As an iD Tech camper, Mwana discovered a love of coding and a talent for computer science that would take her far — all the way to studying electronic and computer engineering at Imperial College London. From there, she scored a job as a data scientist at Barclays, the international investment bank and financial services company.

We recently interviewed Mwana to learn more about her path, and hers is an inspiring story that needs to be shared! She has accomplished so much and is currently working in one of 2021’s most cutting-edge tech fields; we are honored to have played a small part in how she got to where she is today.

Specifically, we were absolutely floored by how a week at iD Tech helped her discover a passion for programming and embark on a path to an incredible university, internship, and eventually start her on the road to a career as a data scientist.

It all starts with a “spark”

We live for stories like Mwana’s; all it takes is the right “spark” in STEM to kickstart an exciting journey. Her spark was learning C++ and seeing that she could create amazing things with code.

“Just being able to know that I could write some syntax out — some lines of code — and have that do something was super cool to find out, and I just didn’t know that was possible before then,” she said.

That knowledge of “what’s possible” is incredibly powerful. Not only does it answer the question “is coding for me?”, it helps kids see programming as an accessible skill that they can make their own.

Coding can seem intimidating at first, after all; many kids worry that programming will be hard to learn. That’s not unusual for getting started with anything new — until you give it a try, that is! Then, like Mwana, new programmers see for themselves; yes, it’s possible, and yes, they can do it.

It’s amazing what that spark can grow into.

“I thought to myself, 'Wow, if iD Tech hadn’t introduced me to this language, how would I have gotten so good at it?' So it’s amazing to think that something I learned when I was 16 was a skill I was actually able to use during a summer internship and actually have an application that they’re currently using with that same language,” she said.

With the right mentor, anything is possible

Like many iD Tech campers, all Mwana needed was a little encouragement to unlock her brilliance.

“Being introduced to that for the very first time in the way it was introduced was just pivotal. I was like, 'Wow! I can do this'!"

That’s exactly what our team of Tech Rockstars strives to make possible for every iD Tech camper — moments of confidence and inspiration. These moments are just one reason why having the right mentor can make all the difference.

“I feel like the value of iD Tech was not just inspiring me but it was the content itself that just was so useful, and it’s amazing to think I kept building on that knowledge.”

Mwana took things from there, and her skills evolved with her passion for coding.

“I kept on working in C++, the same language that iD Tech had taught me, and eventually my first summer internship I actually ended up deploying an algorithm based on C++. “

That’s the beauty of programming. Something that starts out as a simple syntax, like it did for Mwana, builds and builds into the fabric of today’s complex technologies and opens doors to what’s possible tomorrow. With great minds like hers driving innovation, we can hardly wait to see what the future holds.

When it comes to words of encouragement for those getting started with coding, we couldn’t have said it better ourselves:

“So if you feel like you need to know something before you get started, no! You just get into it, take a leap of faith, and it’s going to lead you to so many places,” Mwana said.

Learning to code has never been easier (or more fun!). Even by learning just the basics, kids will have the advantage of decoding and understanding the modern world, and you never know, their explorations may lead to some of the most lucrative, fascinating 21st century careers.

“You just have to believe in yourself, and just know that you can get there, and iD Tech will help you do it.” We could not agree more! Though the past year has brought on unprecedented challenges, we’re more committed than ever to finding innovative ways to give kids access to awesome STEM experiences.

We’re excited to launch our second season of Virtual Tech Camps, the online iteration of the same program that got Mwana started with programming.

Her story is one of the many awesome campers who have gone on to be game changers in STEM, and we could not be more proud of what they’ve accomplished (or eager to see what’s next!)

Please note: iD Tech is an independent company, and is not affiliated in any way with MIT.