I Wanted a Pet While Abroad 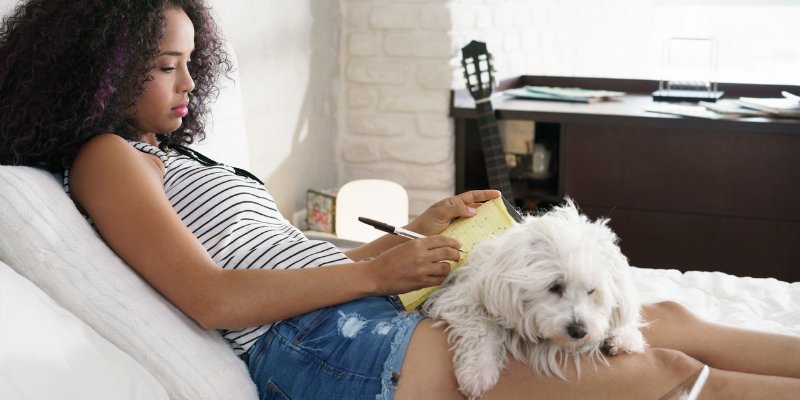 Anyone who knows me has seen at least 3,000 pictures of my dog, Chloe, and heard me say she is literally the most beautiful shih tzu that has ever lived. I’ve posted pictures of her with the caption “South America’s Next Top Model,” and she’s 50 percent of my Instagram stories when I go back home.

Of course, I miss my family and friends when I’m abroad, but I can’t skype my dog and tell her when I’ll be home. The closest I can get to that is asking my parents to pick her up so I can see her.

Honestly, this is something everyone with a dog (or pet, for that matter) has felt at least once during their time abroad. It’s easy to miss your pets just by looking at other animals, especially in a city like Seattle that feels like it’s made for people with dogs. And, once you start getting homesick, missing your dog somehow becomes a big part of that because it feels like it’s something you really can’t make up for.

When I was a freshman, I seriously considered getting a pet. It seemed like college students having pets wasn’t that weird—someone on my floor had a rabbit, and someone in my class adopted a black kitty. For both of them, it ended up being special situations. They were both emotional support animals, so the university’s housing had approved them.

Getting a pet such as a dog in college is a big decision. You’ll be tempted a few times, but if I had to list the reasons why you should think twice before you do it, I would say:

1. Can you take care of another living being?

It sounds a little dramatic, but being a college student, especially undergraduate, is such an unstable time of your life. If you’re still trying to figure out how to take care of yourself, how will you take care of an animal? You have to consider it is a living being with needs; you will be all this animal has, so it is your responsibility to give it a good life. Will you be able to commit your time and energy?

Having a dog costs a lot of money. It’s not just the money to buy one, or the food; its vaccines, check-ups, bed, toys, and any emergency your dog may need to go to the vet for. Also, you may need to pay someone to puppy-sit if you want to travel, even for just a weekend. Nowadays, there are amazing apps that allow you to “hire” someone to walk your dog or take care of the dog for a weekend, but even this will come out of your own wallet. Is this within your budget?

Especially if you get a puppy, you have to think about how much time you will actually be spending with this animal. Sure, it’s nice to have a pup waiting for you at home, but if that dog is going to be alone most of the day, it’s a bit of a selfish decision. Will you skip the party to go home and feed your pet?

I’ve seen people take their dogs to class and to work and they’ve made it possible. However, every person has a different situation. These are details you may need to figure out and consider before you adopt a pet.

Last, but not least, you probably don’t know where you’re going to be after you graduate. Or, if you’re going back to your home country, then you also need to talk to your parents or whoever you live with about bringing back a pet.

I’ve definitely seen international students who make it work. That person I mentioned who sometimes took her dog to class and to work was actually an international student. The office that she worked for on campus allowed pets a few days a week, so it became a good opportunity for other students to come de-stress with her dog.

I asked her once what her experience had been getting a puppy as a student and she gave me a long sigh. She explained that while she loves her dog to death, it was extremely hard when he was only a puppy because puppies can’t even be alone for that long, so she would literally go to class and back home.

This really sounds like I’m discouraging you from getting a pet in college but here’s the plot twist: December, for my birthday, my first roommate gave me a small fish tank as a gift. I mean, it’s definitely not as time consuming or rough as getting a dog, so I ended up getting a fish in January of my freshman year.

She’s a betta. Her name’s Bisky.

“But Wendy, do you skip the party to feed your fish? You seem to like weekend trips, where does the fish stay? Wendy, it’s such an unstable time of your life, why did you do this?”

This is going to sound awful, but I didn’t expect the fish to live this long. Everyone said bettas don’t need a lot of space, so the fish tank was small. I fed her too much, didn’t have a heater, and didn’t clean the tank as often as I probably should have.

I’m pretty sure I almost killed the fish within a month.

My point is, a pet as small and “easy” as a betta fish still requires a fair amount of research and care. I had to buy a small heater, a timer so the water wouldn’t overheat, different food because she wasn’t eating it ... I even had to get a bigger fish tank. And, every summer, every Thanksgiving, every single time I wanted to leave for longer than a day or two, I had to find someone to take care of the fish.

Now, as I’ve said, I graduated. I have a year left in the U.S. because of OPT and I’m trying to find that fish a new home.

I don’t regret getting a fish. I like taking care of animals. It’s because I care about animals that I knew from the beginning I couldn’t get a dog, even if I wanted the emotional support.

If the situation had been different, if I had my own place, and if I was able to manage my schedule differently (and better) I definitely would have gotten a dog. Being abroad for this long can get lonely, so it’s an option to consider responsibly.

... But yeah, consider getting a fish.