Everybody knows what a Prom Dance is, right? A lot of high school students get excited as soon as Prom Night starts getting closer. However, that is not true for all high school students around the world. Countries such as Japan, Malaysia, China, and many others don’t follow what we consider the renowned Prom tradition. Some of my friends, who are also international students, told me that they never had a Prom. They just graduated from high school and moved on. I found that idea kinda sad.

Our friend Nikki, who is a local student and had attended prom before, had the idea of organizing a prom-style dance dedicated to international students here at Truckee Meadows Community College. We all loved this idea and, as some of us work at our college’s international student’s department, we brought up the idea to our director. She liked it and supported our thoughts, then advised us to reach out to the International Student Club to make the event official.

Lucky for us, they agreed to host the I-Prom. That’s how the International Student Prom was born. We named it “The iProm” so it sounded cooler. As we planned the event, we decided that it was going to be free for all the attendants and that all college students were welcome, international and local.

The Student's Government Association also approved and financially supported the event. They, along with the club’s advisors, helped us put all the pieces together and move forward with what was required.

The process was impressively complicated. We started reaching out to the people in charge, asking questions, budgeting, fundraising, designing fliers, and, sometimes, arguing with each other. It was a stressful/fun process, which involved many people. When organizing this kind of event, one has to understand that everybody has different ideas; some really differed from the others. One has to be objective and emotionally intelligent in order to organize a successful event such as this one. I am still working on that, but with the help of my coworkers and friends, we put on an amazing iProm. 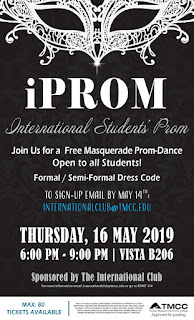 Even though we ran into problems at some point, when committed people get really involved in a process and show their willingness to cooperate, the final result is surely amazing- such as this activity was.

At the prom, we hired an amazing DJ who set up the music and lights. For decorations, we went with a masquerade theme, which was pretty neat. We had a photo booth and a photographer, food, drinks, and the full prom-y environment. When the big night arrived, we were all helping to set up the room and trying to get ourselves dressed as fancy as can be. It was our prom; we had to look good. 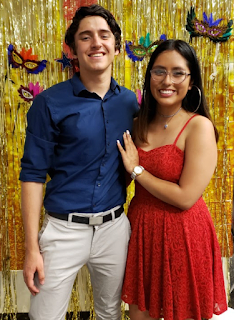 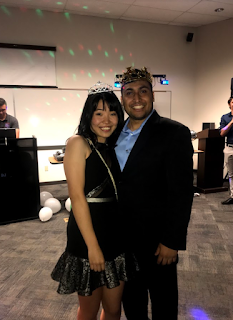 In the end, people danced, ate, and had a good time. We had local students and students from Colombia, Japan, the UAI, Malaysia, India, Costa Rica, and many other countries, all having fun together. 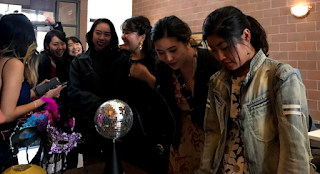 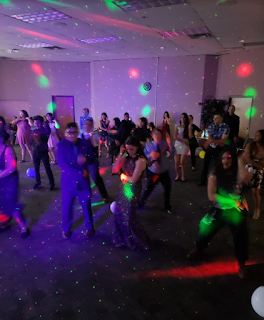 We might repeat a unique experience in the future. And, if you are an international student at another college or university, I encourage you to try and organize your own iProm! In the end, no matter where you’re from, you deserve a Prom, right? 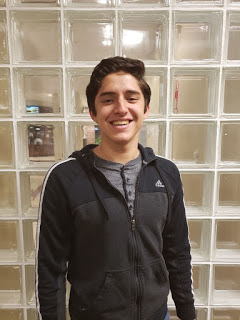 Your Voice: From language school to university, an Indonesian student tells her story Sofia Ibrahim, a Student from Nigeria, Tells Her Story about Why She Chose to Study in the USA Some of the guides from Study in the USA are helpful for international students who are not aware of the process of applying to universities and tests, such as IELTS.