From Student Blogger, Jefferson: A quick trip to LA

One positive thing about the United States is that even though it’s all one single country, each state is different from the others. From the varied legislatures to the miscellaneous weather, the USA is a country full of diversity. Last semester my friends and I decided to escape from the Nevadan desert for a couple of days, so we planned a trip to Los Angeles.

Most of my friends in this country are part of the international community. Our group was composed by a Japanese, a Malaysian, one guy from Dubai, and me, a Costa Rican. Notice that I am the only one who is not originally from Asia.

Even though our roots and mother tongues are really different, we get along well. We spend a lot of time at college together, and we hang out constantly. They say that a part of me is Asian now. We spontaneously planned the trip to Los Angeles for the 2018 winter break. It was a quick decision, and the day right after, we were already buying the flight plane tickets and booking the hotel. Some would call us impulsive, but I prefer intrepid.

The week after the semester was over, we were taking our flight, heading to the LA Airport. Our hotel was near the Walk of Fame, so we left our baggage in the room and went out.  We walked around a lot! We got to know those streets as if they were our own hometowns.

At night, we also scootered around. (At Hollywood, there are a lot of public bikes and scooters available as well). To use them, oOne just needs to download a phone-app , and scan a code, and start using the vehicle. So at 2 a.m. (which is a normal hour to go out in Hollywood) we took a couple of electrical scooters and drove them around at speeds that some would consider dangerous. My friend almost fell down from the scooter about 3 times. I was not that lucky;, I did fall down a couple of times. I survived, though.

During the second day of this spontaneous trip, we went to Universal Studios. We had a lot of fun. I consider that we reached a high level of annoyingness. We were not annoyed, but the people that were around us might have been. We were too noisy and laughing at everything. Anyhow, that’s what an amusement park is made for, isn’t it?

Something interesting that happened is that later on when we were back in our neighborhood (the Walk of Fame), we were walking around and, suddenly, an individual dressed as Spiderman showed up and started talking to us. AI, as the antisocial individual I am, I walked away. However, mMy friends stayed and talked to him. In the end, they took one picture with him (with my phone), and then they convinced me to be part of it. Long story short: you can’t say that you have been in Los Angeles if you haven’t been charged 20 dollars for one picture in the middle of the street.

On our way back to the Nevadan desert, we went to the airport and, interestingly, we didn’t have assigned seats on our flight tickets, which took about 3 hours to get resolved, right before the plane took off.

Traveling is amazing, it opens one’s mind and it helps one to distress and forget about the tiring and demanding college routines, and this impromptu trip is just one example. 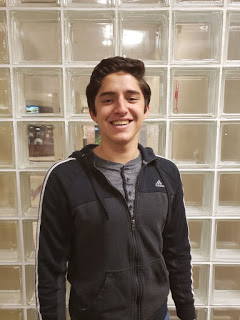