This week my blog will be about my very first Thanksgiving.
“But Kayleigh weren’t you in the States last year?”  Yes, yes I was. Unfortunately last year during Thanksgiving I didn’t do anything, well that is if you don’t count binging Game of Thrones as doing anything.

This year however I got invited by Lansing, my boss and second mom here in the States to celebrate Thanksgiving with her and her family and three other Dutch students.

Lansing picked us up from CCA in the morning and the drive to her house was filled with out of tune sing a longs and laughter.

When we got to Lansing’s house she treated us with real cheese and crackers, yes REAL CHEESE! It was a hallelujah moment for all of us. I was put in charge of the music but after playing and performing all of Bohemian Rhapsody by Queen with singing, air guitar mimics and humming all the other instruments they asked me to play some more appropriate music …

Then it was time for the actual dinner. There were mashed potatoes, string beans, stuffing and of course turkey. I loved it. It was also the first time in a while that I had a proper home cooked meal as I am a poor college student that mainly lives on mac and cheese, the vending machine and free burrito’s that my roommate gets from his work.

During dinner, we all had to go around the table and say what we were thankful for. Most people said they were thankful for their friends and or their family, however I am not good with being sappy so naturally I thanked David Bowie, the Beatles and Freddie Mercury. This led to a discussion of why I can never be serious about something but fortunately it was the next person’s turn and that put a stop to it.

After dinner we took a little hike at Point Defiance Park in Tacoma to walk off all the food we ate. We didn’t have much time because it was already starting to get dark.

When we got back we decided on watching a movie while drinking tea and eating apple pie.
After much pleading, from my end, to watch White Chicks (which got vetoed), we decided on watching 10 things I Hate About You since Europe club would be going to Stadium High School that following Tuesday.  After that movie we watched a French movie called “The Untouchables.”

I had a really good time celebrating Thanksgiving. The food was amazing and so was the company, so I guess I am thankful for that (see Lansing, I can be serious ;)). 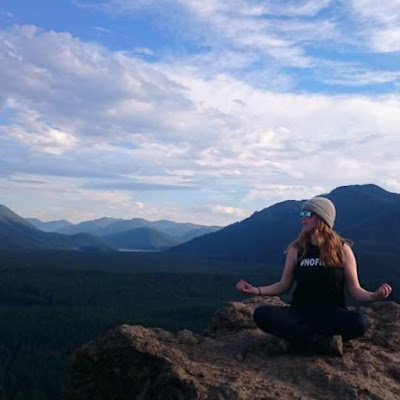 The University of Tulsa

Escape the Dorm Doom with 4stay How to Stay Positive During the Quarantine Study in the USA supports my dream and lets me know how to achieve my dreams more generally. They suggest not the fastest way but the most helpful way for my future.