The fall semester is approaching, and several international students are going to join the U.S. college community. However, this time is different from others because of the COVID-19 pandemic.

Last year, almost the totality of the U.S. campuses shut down and moved classes online. Some international students remained in the U.S. while others had to fly back to their home countries.

In 2020 scientists had not released any COVID vaccines yet. On the other hand, this year is different. According to the CDC website, 69% of the American population received at least one dose of vaccination against the virus.

The delta variant is threatening lives (mostly in U.S. counties with a low vaccination rate). However, many colleges around the country announced that they will go back to full in-person classes for the fall semester of 2021.

That is why international students should collect their documentation as soon as possible.

The first document international students will need to come to the States is the I-20 form — released by their college or institution. Once they have this document, students will apply for an appointment at the American embassy or consulate in their home country. The consulate, then, will release the visa needed to enter the U.S.

This process is not as easy as it may look. Mostly now, in the time of a pandemic, getting a visa should not be taken for granted. In effect, several embassies and consulates around the globe are shutting down, and they are not making any appointments available for international students.

This was Nini Mtchedlishvili's case, an incoming international student at Boston University (BU) from Georgia (Europe). She received her I-20 on June 20th after a long process.

“The process itself was very complicated,” Mtchedlishvili shared with StudyUSA.com. “I needed to give proof of financial coverage for my tuition expenses to get an I-20.”

Mtchedlishvili had to ask for a loan in advance to comply with the financial requirement. “The loan took me more than two months,” she said.

However, after getting the I-20 at the end of June, Mtchedlishvili had to book an appointment with the American embassy in Georgia. Mtchedlishvili could not believe her eyes when looking on the embassy’s website, she saw that no appointment was available for international students.

Mtchedlishvili started calling the U.S. embassy, feverishly, every day. The embassy replied that the first appointment available would have been in February 2022. That was too late for Mtchedlishvili who has to start her master's at BU in September 2021.

“Boston University helped in this process trying to schedule an emergency appointment,” said Mtchedlishvili. “However, that also didn’t work!”

“That’s why I chose to write an open letter to the U.S. ambassador in Georgia,” Mtchedlishvili said. “I had nothing left to lose!”

Many of Mtchedlishvili’s friends shared the open letter on their social media accounts, and finally, Mtchedlishvili got the appointment and also her F-1 visa needed to come to the States. 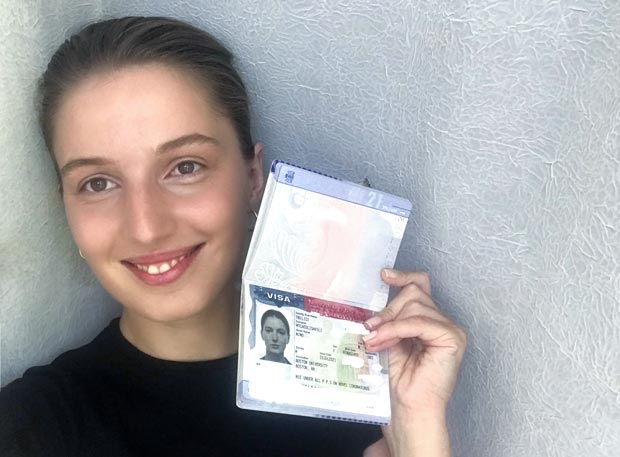 Mtchedlishvili is not the only case. Many other international students worldwide are struggling with getting the needed documentation to enter the U.S. in fall 2021.

That is why if you are one of them, you should take the following into consideration:

Good luck with your visa process. For the U.S. is waiting for you to help you build your career and your future! 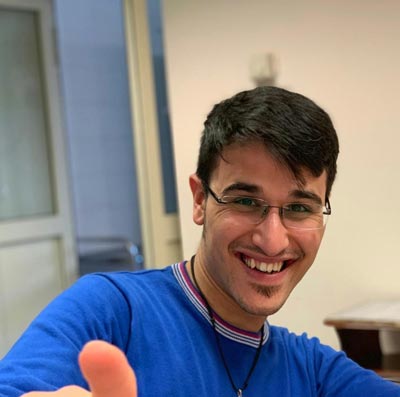 Pietro Rossini is a Xaverian Missionary who will be attending Boston University to study for a masters in journalism. His dream is to collect and share stories of humanity around the globe, making the world a single family.