I couldn’t think of a better thing to talk about St. Francis College (SFC) than its education style!

I was raised in a medium size town in Rio de Janeiro, Brazil, called Niterói. As in Niterói most people know one another — or at least they have heard of one another. Many parents, when deciding a school for their children, prefer small schools where their kids can be known by their name and their unique characteristics. With me, it was no different. The first time I changed schools, my mom made sure that I would be addressed to a small private school so I could make friends easier — I was new in that neighborhood, so I hadn’t had many friends.  I studied in that school for 10 years, and the experience of being known by name by all the school faculty and its students was so amazing that when I had to change schools during high school, I decided to go to a small institution where I wouldn’t be a number, but Maria Eduarda Tarré.

If you have read my other blog posts, you probably know about my experience in a university in Brazil, but if you don’t, just a quick summary: it wasn’t that good. Professors did not know me, I did not feel I had grown and I was not able to make many friends. All of that frustration led me to pursue an education in the U.S. When I was accepted at SFC, I was really looking forward to starting my education. Moving to a different country, making friends from all over the world, and being able to develop my English even more was really exciting, so I just couldn’t wait for the fall of 2020, when I would move to the States. However, the pandemic came, and my plans for moving to the States had to be postponed.

If you can imagine how a person who has always dreamed of studying in New York felt when they found out that they would have to do their freshman year online and in their home country, you can understand how devastated I was. Just the idea of being locked at home and not getting to know any of my friends and professors in person made me nuts. My main concern was how would I be able to make friendships if I were not going to meet anyone in person — I used to believe that web friendships did not last long. However, I don’t think I could have ever had a better experience than the one I had, given the circumstances.

When St. Francis College states that they have a personalized education, they are not lying in any way. My first year was truly made for me. As international students, many other students and I were very shy when it came to speaking in English — which, usually, is not our first language, and therefore the idea of speaking with natives scared us. Also, because we were studying online it would be pretty difficult to make friendships, but our school thought about all of that, and then, they decided to do an International Learning Community, which means that all international students would be allocated to the same classes according to their majors, allowing them to feel more comfortable. All classes were small and due to that, we were able to really get to know one another. 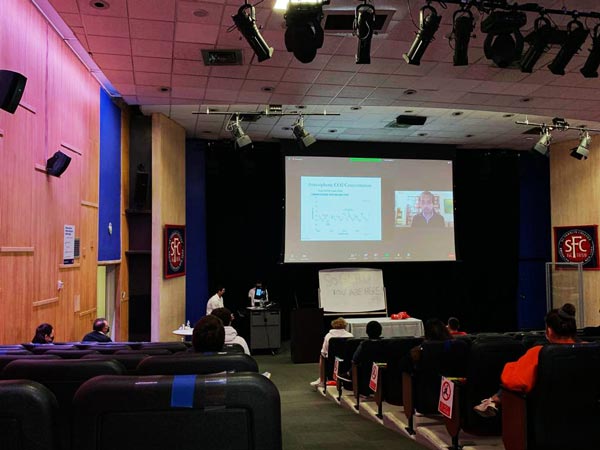 Although I don’t know any staff member or professor of my school in person, they were all very caring with me and they were aware of my situation — that I was in Brazil and that I was not able to issue my visa, so they were always asking me how things were going and if I had any news from the American Embassies in Brazil. I just could not feel more embraced than I was. It was a totally different experience than my prior university in Brazil, where I was more like a number than an actual student.

At St. Francis College, we are known by our names. Everybody knows who we are, and they are always updated about how we feel and what is going on in our lives. St. Francis College is a huge family, and as a family we care about one another. So, if you ever get accepted at SFC, I can give you my word that you won’t feel lonely or left behind. You can be sure that your schedule will fit your routine, that professors will understand you and accommodate your needs, and that you will make friends. That is the best thing about small colleges — we are part of something bigger than the physical structure of our school! 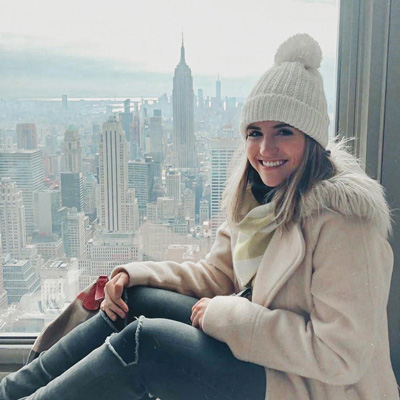