Students designing for the future 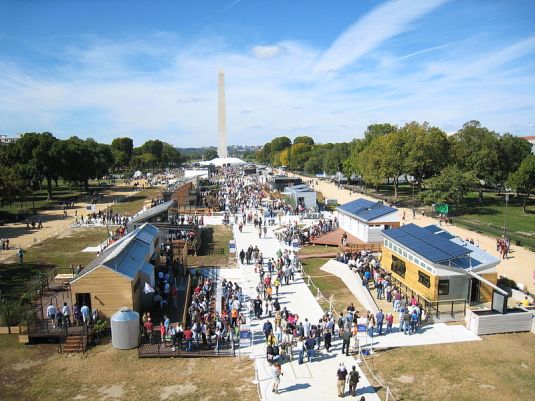 If young people are the future, then who better to design for the future. For the fifth year, the U.S. State Department of Energy is sponsoring the Solar Decathlon. Twenty international college student teams compete with each other to build solar powered homes. Energy efficiency is only part of the goal. The homes must also be attractive, affordable, and sustainable. Basically, a home for the masses. Solar Decathlon guidelines: