Student blogger Indira: 5 things Americans do that confuse me 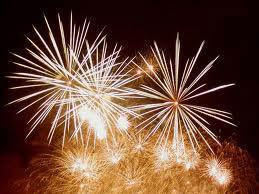 First of all, happy New Year everyone! Everyone’s still holding on to their New Year’s resolution, I hope? I went out for lunch with my international student friends, and not long after that, we started talking about things our American friends do that we find confusing. Every country has their own weird, quirky things that make them unique. For example, non-Germans find it confusing how Germans have separate comforters on a single bed, or how non-Londoners find it weird how there aren’t any garbage cans in London. Likewise, the U.S. has its fair share of weirdness. Today, I present to you, the 5 things Americans do that confuse me the most. Please understand that this is in no way meant to offend anyone. Enjoy! #1: Greeting people on the street, without expecting to have a conversation. In America, social encounters are usually started with “Hey Indira! How’s it going?” which is a totally normal thing, right? The weird thing is that it usually marks the end of the interaction too. For example, I’d meet friends that I wasn’t very close to on campus, and they would greet me with “Hey, what’s up?” or something of that nature, and naturally, since the sentence ends with a question mark, I’d try to sum up my day in a sentence and reply, “Oh hey there. I’m doing good, I was just working on …” I wouldn’t get the chance to finish my sentence though, since whoever I was talking to would’ve just continued walking without stopping to hear my response. This happened quite a few times until I asked my friend about it, and she said, “Oh! Yeah, I know. We do that, but we don’t actually expect a response. It’s just a habit, you know?” Now that explains it all… I guess “hello” somehow evolved into “How’s it going?”

#2: Public bathrooms have this gigantic gap around the cubicle doors. This continues to annoy me even today. I mean, what purpose does it serve besides an invasion of privacy? I’ve never actually asked any of my American friends about this since I never really think about it that much unless I’m in the bathroom. My international friends have, however, suggested several reasons for this. The strongest reason we have so far would be: for safety issues. These gigantic gaps allow other people to see what the person is doing inside, so let’s say if someone has a seizure, or a panic attack, whoever is outside could come and help. Yes, I know it sounds crazy, but imagine what would happen if a little kid locked herself in the cubicle, and no one knew about it? That would be just horrible. I guess there’s always a bright side to everything. #3: Why mm/dd/yyyy instead of dd/mm/yyyy? I actually did a bit of research on this, and I found out (according to Wikipedia at least) that the U.S. is the only country to use the middle-endian system (mm/dd/yyyy) instead of either the little-endian (dd/mm/yyyy) or big-endian (yyyy/mm/dd) systems. I’m pretty sure I spent at least a month trying to get used to writing 05/31/13 instead of 31/05/13.This can be partly blamed on the Brits though, as it turns out that the British people actually used the middle-endian system during the time they colonized the U.S., and I guess the U.S. just went along with it. But then there’s the metric system. If I remember correctly, the metric system is an international agreement, which means that every country should be involved. But no … America decides they should be ‘unique’ and use different measurements. [caption id="attachment_2681" align="aligncenter" width="640"]

These Are the Three Countries Who Don't Use the Metric System (source: gizmodo.com)[/caption]

I sort of think of America as this confused little kid—American football fields are measured in yards, but in track and field, everyone uses meters! Make up your mind, people! Not to mention the temperature unit. I’d say to my friend, “Oh my God, tomorrow’s so warm, it’s gonna be 25 degrees.” and I’d get a really shocked and troubled look which could be interpreted as, “Are you out of your mind? Did you grow up in Antarctica or something?!” I’d then realize that Americans use the Fahrenheit system and be quick to add, “In Celsius!”

#4: The tipping culture. Before coming to the U.S. I had never really gotten used to tipping people … ever. Thus, it came as quite a shock to me when I realized that the norm here is to tip wait staff about 15% to 20%. I was quite pissed at first, because as a college student, I don’t exactly have all the money in the world. If I don’t need to, I’d rather not spend any money at all. It would annoy me even more when restaurants have this ‘mandatory gratuity’ listed on my bill. What if I didn’t like the service given to me and didn’t feel like tipping? [caption id="attachment_2682" align="alignleft" width="493"]

Valet parking attendants (source: http://classaparking.com/atlanta-valet-parking-service/)[/caption] But then, a friend told me the story behind it. Waiters and waitresses, housekeeping staff, bellhops, doormen, parking valets and other service providers are often paid lower wages compared to other employees. The expectation is that the amount of tips they get should make up for it, and that in the end, they will get paid at least on par with the minimum wage. This definitely made more sense, and I am proud to say that I have now become a way more generous person, in terms of tipping, at least. #5: If 18-year-olds are allowed to vote, why aren’t they allowed to drink? As someone who isn't into drinking in the first place, I’m less annoyed than I am confused. You would think that someone mature enough to vote would be mature enough to drink responsibly. Some would argue that raising the drinking age reduces deaths due to drinking significantly. However, David J. Hanson claims, “raising the drinking age to 21 simply shifted fatalities from those aged 18 to 20 to those aged 21 to 24.” He went on to say that they concluded, on the basis of their exhaustive federally-funded study, that drinking experience, not drinking age, is the most important factor. [caption id="attachment_2683" align="aligncenter" width="630"]

Legal drinking age by country (source:http://ibnlive.in.com/)[/caption] If this is true, it should be alright to lower the drinking age, and instead, focus on teaching teenagers how to drink in moderation, in order to prevent deaths due to drinking and driving. Those are just some of the things I’ve noticed about the U.S. What have you noticed? Feel free to write it down in the comments!

Post by Indira Pranabudi Indira is an international student alumna of Green River Community College. She is currently studying computer science at Brown University. Study in the USA congratulates Indira on her new position as Student Contributor for U.S. News & World Report.