Hey everyone! Today I’m going to be writing about something a little more serious and relevant in recent weeks. I’m sure many of you have heard about the high-profile police brutality cases that have been circulating the media in the past month, such as the murders of George Floyd, Breonna Taylor and, the most recent one to be brought to national attention, Elijah Maclain. These murders, perpetrated by the police under the guise of justice and community protection, were driven by racism and systemic hate towards Black people. So much more can be said about racism in American politics and bureaucracy and how modern slavery is perpetrated through the criminalization of Black people and how police forces are built on the foundations of slave patrols and thus, are inherently racist and deadly to the Black race (and how these values are embedded into their subconscious in the way these officers are trained — with extreme violence and prejudice against minorities), BUT (see I told you there is SO much to be said about it!! That was just the tip of the iceberg!!!! And it’s a REALLY big iceberg) I am here today to talk about racism specifically in Asian communities and my personal experience with anti-blackness in how I was raised. The surge in activism towards the Black Lives Matter movement has shed a harsh light in how the smallest acts of racism in all communities contribute to the demonization of the Black race, and thus, excusing the violence committed by police forces.

Of course, I don’t mean to shift the narrative onto myself and make it about me — rather, as an Asian, I’d like to discuss the flaws in Asian culture as it relates to anti-Black racism and to raise awareness on what the Asian community’s responsibilities are in standing with the Black community.

Growing up, I was raised with plenty of colorism perpetrated by my family and community. In our culture, we have been taught that fairer skin equated to beauty and darker skin was a flaw. In this sense, young girls are always taught to shield themselves from the sun and to use skin lightening products to be pretty. Having dark skin always had connotations to being dirty, unfeminine, unattractive, and even rowdy and dangerous. This is so deeply ingrained into our culture that even our old folk-tales carry anti-black sentiments. In a particularly controversial Malaysian fable, Dayang Senandung, the heroine of the story is cursed with black skin and, as a result, is regarded as a shameful and horrible being. This story very accurately illustrates the anti-Black sentiments of Asian culture — to regard dark skin as a shameful and terrible flaw to be cursed with (hey, just because it’s a folktale as old as time doesn’t mean it isn’t problematic!). As such, naturally dark skinned races, such as Indians and Africans — especially Africans — have always been regarded as different and bad. With such colorism implemented in our own cultural community, this colorism escalated into racism as we were subconsciously taught to demonize and fear those with darker skin. Of course, it wasn’t so blatant as telling us that Black people were bad people, it was teaching us to be afraid of them and think of them as below — lesser than we were.

Needless to say, more often than not, Asian countries discriminate against the African race. Not only that, but according to our culture, it is not even illegal and wrong to do so — it is perfectly justified. Apartment complexes would pride themselves on not having any Black tenants, and Black tenants would often get turned away. This justified racism feeds into the Asian culture of bullying Black people, treating them with close to no respect. Saying the N-word casually is common practice, and making fun of Black culture “all in good fun” is considered humorous. When I left to study for the U.S., my family members even “joked” with me about how appalling  and crazy it would be if I ended up with a Black boyfriend!

Casual racism is so deeply embedded into the Asian culture that we are conditioned to view Black people as lesser — so much so that we turn a blind eye to their abuse. We allow white people to continue with their hate crimes because while anti-blackness is woven into our cultural belief systems, pro-whiteness is normalized as well. Indeed, glorification of the white race and their features go hand-in-hand with Asian demonization of the Black race. I can go on and on about how when someone in my community has somewhat Anglo-features (larger eyes, a higher nose bridge, etc.), they are praised for being so beautiful. And when someone brings home a white girlfriend from the UK after studying abroad, they are regarded with a certain respect for being able to attract someone white, and therefore, better than the rest of us! White teachers in high schools are regarded as smarter and better teachers, and when there was a white student in school, everyone wanted to be their friend. There is a very clear narrative here: white people are better than everyone else. Indeed, there are endless positive preconceived notions about white people solely because of their glorification from the Asian community. Because of this taught behaviour to glorify white people, the Asian community then yearns for their approval.

In America, Asians are regarded as the “model minority,” “proof” that discrimination doesn’t exist and everyone can succeed so as long as they worked hard enough. Of course, this notion is false and dangerous. Asians are provided with more opportunity because we are less discriminated against and more favored by the whites, benefitting from our light skin and therefore, “less threatening” appearance and the stereotypes slapped onto us (that we are more hard-working and soft-spoken than other minorities — which is false! All minorities are equally as deserving). Not only that, only Asians were given a headstart to succeed in the U.S. in the 1960s because only skilled Asian workers were allowed to move to the West during that time. In short, all the favoritism and glorification has led to us being bystanders and in turn, perpetrators to the white man’s hate crimes. Furthermore, there is something to be said about how one of the officers responsible for George Floyd’s murderers was Asian American. The Asian officer, Tou Thao, stood by as the white police officer, Derek Chauvin, murdered Floyd.

I think it is about time Asians stopped ignoring the slaughter of Black people and change our seemingly small, racist ways that cause a butterfly effect in allowing our Black brothers and sisters to die. Our racist, anti-Black culture has stopped the Asian community from being good allies and good people, and it is high time we called out our families about their racist remarks and jokes that feed into the anti-Black sentiment. As minorities who have benefitted from anti-Blackness and systemic racism against the Black people, we have to recognize our duty to do more and stand in solidarity.

So, remember to CHECK YOUR BIASES and STAND UP TO YOUR FRIENDS AND FAMILY ABOUT RACISM! Recognize that racism escalates from jokes to murders in the most devastating way and do your part to fight against it. Nobody is perfect and free of prejudice, especially after being conditioned for generations to think of some people as lesser, but it is a conscious effort to unlearn the racism we are taught and to recognize the racism that is so deeply normalized in our culture. Speak up for your Black brothers and sisters! These are uncomfortable conversations to have, yes, but it is the least we can do.

That said, please donate (if you can) and sign as many petitions as possible! Personally, my sister and I have sat down in front of our laptops for an hour, signing as many petitions as we could. We had a billion tabs open and our hearts broke with each petition’s story but we felt better knowing we were doing our part. Here is a link to a list of petitions that you SHOULD sign! https://blacklivesmatters.carrd.co/#petitions 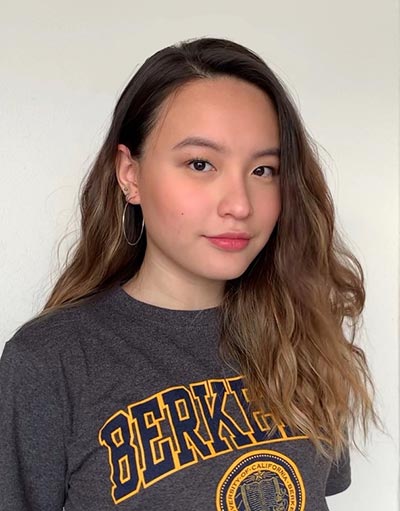 Vicky Chong, from Malaysia, will be attending UC Berkeley in fall 2020.

Getting Involved at the University of Arizona