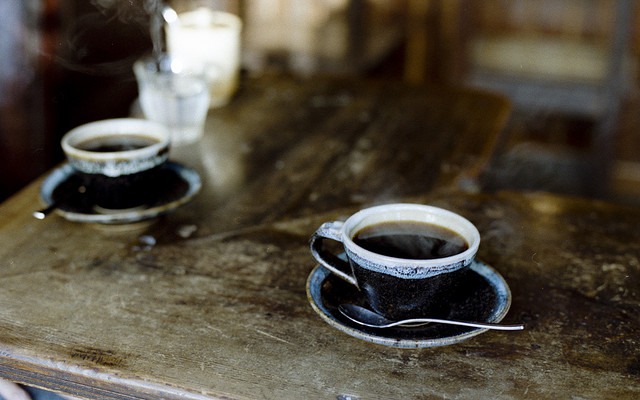 [caption id="attachment_281" align="aligncenter" width="640" caption="by Guwashi999"][/caption] Social interactions are sometimes best centered around a drink. Secrets may be shared over a cup tea or a jovial conversation alternated between swigs of beer. But it is coffee that is the drink of choice for international social gatherings at universities and colleges across the United States. Students linger in, fill their cups with the dark, earthy drink, and then wander and chat. With their hands wrapped around the hot drink, they wander and mingle with other international students. Janessa Tyler, of California State, Fresno's paper the Collegian, reports of students milling around, talking about cultural differences at the latest international coffee hour. Hyunji “Shine” Kim shares:

"...high schools in South Korea don’t participate in dances or sports, but 84 percent of students attend college after high school, versus 33 percent in the U.S."

According to Tyler, Cal. State, Fresno's international coffee hour has been in place since 1993. Coffee hours are also a good time for students to practice their English with other non-native English speakers. Students like Hany Alsalmi, who is attending Indiana University's School of Library and Information Science, says his English has improved since attending the university's coffee hour. Lindsey Mohlman reported:

"When I got to the U.S., I could not speak English really good,” he said. “I had some friends who would translate for me.