From Student Blogger, Aweys: Socializing with People from a Different Country (A.K.A Americans)

Years before I made the decision to come and study in the United States, I always had an image in my head about what it was like to live in the United States as a college student and especially how it was to be around people with a different culture, different language, and different lifestyle. I’ve heard a lot in the news about America and how people that live there are treated (of course, the media back home only tries to target the bad side and never tells you the true version of the story).

So, when I moved to India for high school, I had a lot of fun being around Indians; learning the language, and truly digging deeply into the culture. But compared to the experience that I’ve gained from being around Americans, it was a totally different thing. Although I’ve enjoyed more than I thought, hanging out with my Indian friends was an entirely different experience than with the Americans.

I would like to share a few things that I have experienced living on an American campus and being around American friends.

On the very first night I got to know the friends of my roommate and friends of their friends (too many friends in one night, right? Trust me I didn’t even remember their names in the morning). But meeting them, hanging out with them and playing card games with them gave me an invaluable experience. Obviously at the time my English wasn’t as good as it is now, but they were very understanding and were very patient whenever I asked to explain something. I had to have things explained twice (gosh it felt like they were speaking faster than a bullet). The night passed followed by days and I met quite a lot of new friends, but I was always nervous because of my communication skills- I always thought it wasn’t good enough.

One of the experiences that I will never forget is one of my first days on campus. I ran into one of my friends while walking to class and he said or at least I thought he said “What's up?” and I said, “The sky” and he looked at me and said, “what?” and I said “the sky is up”. He looked at me thinking what a weirdo and just kept on moving. During the whole class I kept wondering what he actually meant. Later that day I met another friend and told him the story, and he laughed until he couldn’t breathe! In my mind I am thinking, Dude, what is wrong, why in the world are you laughing? I waited for him to finish laughing so we could have a serious conversation, years later when he finally finished having fun with my very serious question, he said “Aweys, the guy wasn’t actually asking ‘what is up’, he was saying ‘hey, what’s happening’''?

I said “wait I could swear he never asked what is going on, I thought he was asking me some trivia question”! Then my friend said, “here in America ‘wassup’ or ‘what’s up’ is a form of greeting, it’s like asking someone ‘what’s happening’, or ‘how is it going’”? Then I said, “how did ‘how is it going?’ turn into ‘what’s up’”? He said, “it's just an American thing” and believe me- until today I never found the answer.

Soon after that day I started paying attention to the normal everyday conversation and their actual meanings to get a better understanding and not make myself feel stupid again. As the days passed I made great new friends in the cafeteria, classroom, game room, at the gym or anywhere for that matter, because I wanted to dig deep and get the full experience to see whether all the imaginations I had about life in America were actually that way. Every day I would meet up with my pool gang (yes, we called ourselves that, you are thinking pool as in swimming pool? Oh no- the place I lived was way too cold to have a swimming pool but it was the 8 ball pool table that we would always play) and play pool, some days I was losing, some days I was winning, and every time I won I made fun of how bad the other person was at playing pool and they always hated me for that. Some nights we would go and participate in actual pool competitions, thinking we were professional players and come back losing so bad that we would say “we quit playing pool”! But we still kept going all the time because of the great time that we had and to see how good we have gotten from the last time we were there (trust me every time it felt like we were getting worse at playing pool).

Big gatherings like Homecoming, Thanksgiving, and cultural events on campus have helped me so much at communicating better, and getting used to being around people that are different than me, and I can say today I feel much more comfortable at living with an American friend, and being around them.

All of this has taught me a lot about “American things”, American culture and you wouldn’t believe if I said all of this actually made my transitioning to the American culture a lot easier. And to answer the big question- ‘did my imaginations turn out to be true after socializing with them? I can proudly say no, the people here never made me feel different, the thing that surprised me and that I liked the most is people actually hold the door for you (I know right? Who does that back home?) Well I have gotten very used to it now that I find myself constantly holding the door for people and I find it rude if I don’t (It’s amazing how easily you pick up small things and adjust).

Today things are very different compared to my freshman year; I never feel nervous anymore, in fact I am starting to speak faster than a bullet (I wish) but the experiences have been invaluable, my communication and socialization skills have improved so much. I am still looking forward to what more experiences this year will bring and if there are anymore “American things” that I need to learn. 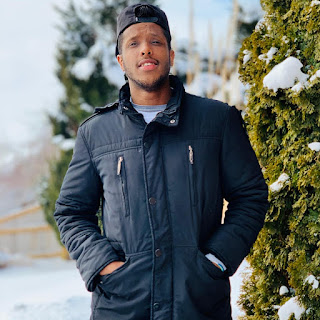 From BridgeU: How Scholarships in America Work for International Students How Time is Different at American Universities