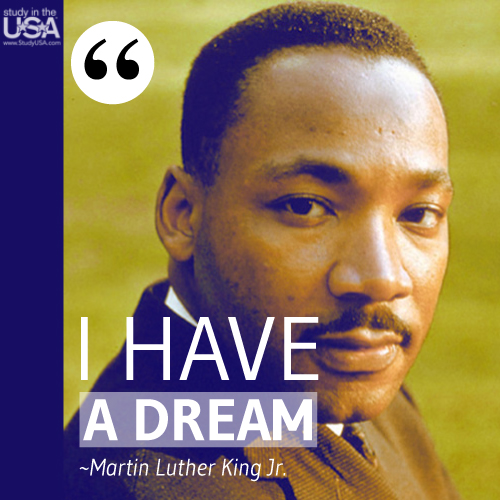 Monday, January 20, is Martin Luther King Day in the United States. "I Have a Dream" is a public speech that was delivered by American civil rights activist Dr. Martin Luther King, Jr. on August 28, 1963. In the speech, Dr. King called for an end to racism in the U.S. Delivered to over 250,000 civil rights supporters from the steps of the Lincoln Memorial during the March on Washington in Washington D.C., the speech was a defining moment of the American Civil Rights Movement. -Wikipedia Many Americans will be commemorating Martin Luther King Day by serving their neighbors and communities. [caption id="attachment_2563" align="aligncenter" width="491"]

President Barack Obama demonstrates citizen engagement[/caption] From the MLKDay.gov website: What is MLK Day of Service? Dr. Martin Luther King, Jr. once said, "Life's most persistent and urgent question is: "What are you doing for others?" Each year, Americans across the country answer that question by coming together on the King Holiday to serve their neighbors and communities. MLK Day of Service is part of United We Serve, the President's national call to service initiative. It calls for Americans from all walks of life to work together to provide solutions to our most pressing national problems. You can find out more about MLK Day of Service here. #StudyUSA