We were just walking to have breakfast at IHOP when Pily told me, “You really don’t dress like a Seattleite.”

I’m not gonna lie, and no offense to Seattle, but I was flattered for a moment. I laughed and thanked her.

So, mental picture: I was wearing boots, black high waisted pants, a light blue turtleneck, a dark green double-breasted coat, and a nice necklace. It’s not super dressy, but she said it was mostly the coat.

“I know, I was actually saying thank you. That wasn’t sarcasm.”

“—It’s just how I would picture people dressing in New York, maybe? Just not Seattle.”

I don’t consider myself especially fashionable. I like fashion, and my friends know my style, but a lot of the time I’m too tired or it’s too rainy or too cold to wear anything but a sweatshirt and jeans. I think the reason this came up is because we’ve both been in Seattle for a while now, and especially in the winter, there’s a specific palette you see around you; it’s dark blues, greys, black and maybe whites.

Of course, I’m generalizing. You can find a lot of Seattle-based fashion bloggers that don’t limit themselves to those colors.

But, that’s just the first impression. How is it really?

After four years, I’ve come to the conclusion that Seattle’s not just about keeping it casual. It’s about feeling comfortable.

You want to wear adidas tracksuits every day? Athleisure? Go ahead, I feel that mood. Make them look awesome. You only wear brand clothes? That’s cool, that’s goals. Support local businesses and only wear these specific sweaters? Sounds good and green, love it.

What I love about “Seattle Fashion” is there’s this unspoken rule that whatever people want to wear, that’s their business. Especially within the international student community, a lot of us bring our own sense of what’s fashionable, what’s appropriate for class, and what you wear for traveling. What I love about Seattle is that, at least in my experience, nobody cares that much about what you wear.

I went to a workshop about how to dress for job interviews once and it was specifically for international students and alumni of my university. The one thing we all found shocking was when the speaker told us that at least for Seattle, it’s not necessarily “formal,” especially depending on the kind of job you want. For me, because I was looking into creative jobs, the speaker recommended patterned black and white pants, the pink shirt I was wearing, and a white denim jacket.

I got upset for a second because I thought she wasn’t taking creative jobs seriously, but I got her point.

In general, Seattle’s pretty casual except for specific situations. So if you’re planning on moving to Seattle, just know “casual and layers” is the majority, but you can wear whatever you want. Express yourself with your clothes. Even if you think you’re a little overdressed for whatever standard, it’s about what makes you feel the best. 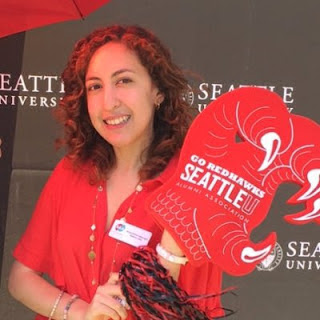