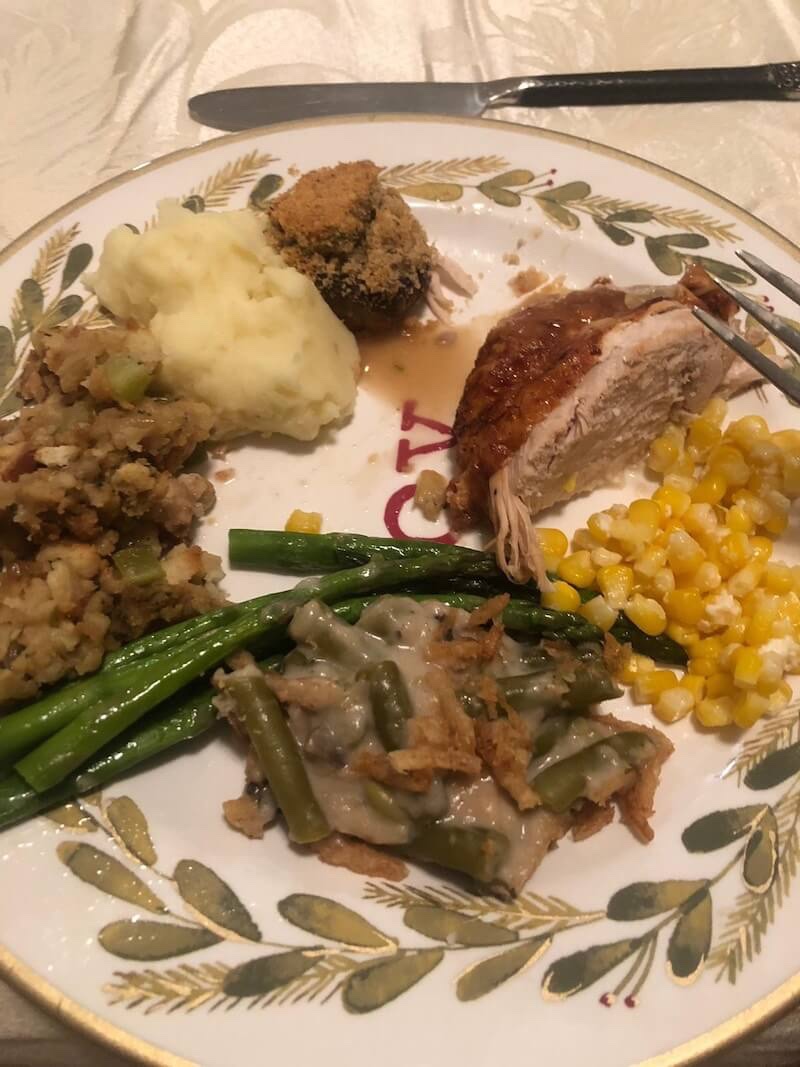 The city has started to decorate buildings everywhere. It's really beautiful. My host family put the Christmas wreath on the front door. Though I don’t like winter here, I’ve been excited to experience the American traditional events like Thanksgiving and Christmas.

Thanksgiving Day was freezing. It was minus 8 degrees Celsius. Despite the cold weather, some of my friends went to the Macy’s Thanksgiving Day Parade in Manhattan. According to them, it was so cold that they had to go inside the store for a while after watching the parade.

Watching it on TV at home was much better... at least to me. There were many fancy balloons people carried and people were dancing and singing. It made me realize that Thanksgiving is one of the biggest holidays in here. 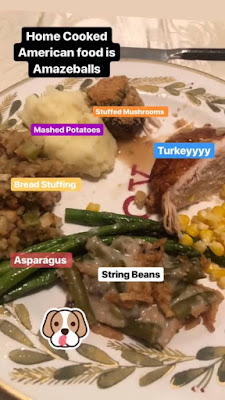 It was a wonderful experience for me.

The family who graciously agreed to host me was Ms. Christina, who worked at CSI, her husband, and their parents. And the best thing to me was that they had a big dog and a cat. You have no idea how I love dogs! I left my dog who is 16 years old now in my home country, so I really miss cuddling fluffy animals. Every time I find a dog on the street, I never fail to ask if I can pet him or her.

Back to the Thanksgiving dinner. I went for dinner in the afternoon with a friend of mine, who came from India. And I found another Japanese student there. The host family really welcomed us. With the movie, Elf, playing as the background music, we started having dinner. They provided us with delicious dinner including a huge turkey. After dinner, five different kinds of pies: apple, pumpkin, lemon, blueberry, coconut custard, waited for us. 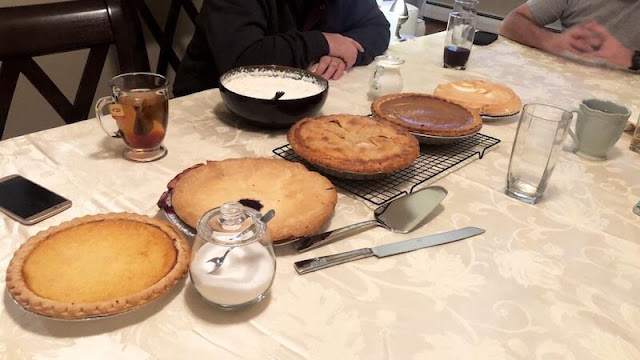 It might be strange, but I felt I became a part of the family while chatting even though we’d never met before. We enjoyed our conversation about everyday things. There was nothing special except dinner, but I really appreciated it. One of them made a joke once a minute. Another showed us pictures of when Christina’s husband was a baby. We all were like, “Awww so cute!” Then, he was a little bit embarrassed. Their cat was so excited because she was crazy about cheese that we had to move her to another room. Then, she scratched the door. And the sound was really familiar to me because my dog would often do the same thing when I locked her out of the living room. I felt comfortable as if I were at home. 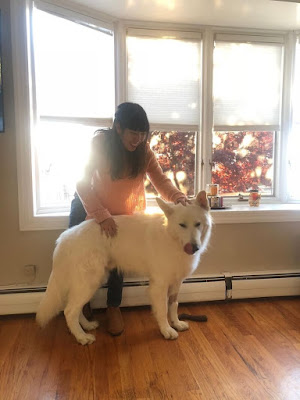 I have felt tense lately because of my academic life. Every day I go to classes, take tests, run the club, go back home, cook dinner, do assignments etc... I realized I had been so absorbed in my responsibilities that I had not talked much to others until that day. Sometimes we need to take a break and remind ourselves how much enjoyment we can derive from the interaction with others.

This holiday offered not only a traditional American experience to me but a well-deserved rest as well. 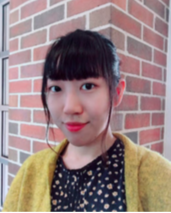