First week of freshman year: everything is scary, everything is exciting. You’re trying to find as many fun activities as possible, meet as many people as you can, and make new friends. Everyone is, so the environment is amazing. Smiles, laughter, greetings, maybe even exchanging phone numbers and agreeing to get coffee sometime soon! Of course!

Flash forward a few weeks, though, and there are no texts. No phone calls. Radio silence.

It’s being asked, “How are you doing? How is it going?” except they’re not really asking. That’s just how they say hello.

This is the Seattle Freeze.

The first time I heard this term, I thought it was ridiculous, but it quickly made sense.

Here’s the thing—everyone talks about the Seattle Freeze as a general phenomenon where people in Seattle are nice, but they’re not really interested in having any sort of relationship with you. Nice, but from a distance. Or, generally, it implies people just have their own group of friends and it’s hard to be included once it’s already been formed. But, trust me, it’s not as bad as it sounds.

From my experience, complaining about the so-called Seattle Freeze ended up being a way to bond with other newcomers. But, also, it was a conversation starter with Seattleites and non-Seattleites alike. If anything, it forced me to get out of my comfort zone because I thought the more I waited around for friendships to magically happen, the less chances I had of being included in the circles being formed. Looking back, it motivated me to put a little more effort, reach out first, and exchange knowledge about how interactions happened in my own culture. It made me get involved in more clubs, events, and find other people that might feel similarly. It made me more open to incoming students because I felt their pain.

I think it’s easy to complain about the Seattle Freeze but the truth is, every city has its perks and flaws. It’s weird at first because you’re not used to it, but like anything, you grow into it. Who knows— with smiles, being nice, and initial low commitment, maybe you’ll even start to like it.

Wendy Tafur is an international student from Ecuador about to graduate from Seattle University with a double major in Creative Writing and Theatre. She’s excited to share some of the stories of things she’s learned in her time in the U.S.! 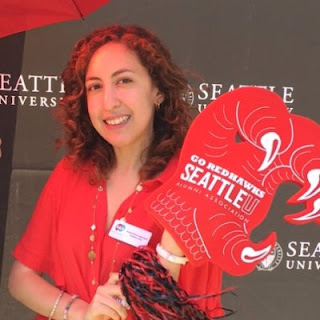