Molding Myself from Gunda into Ravi 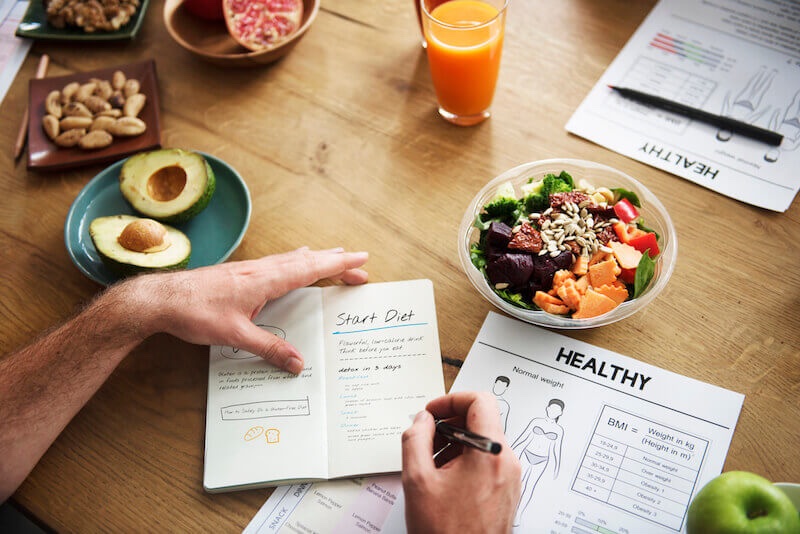 Has anyone ever tried to diet? I am sure most of you might have tried at least once in your life. I am no different: I tried dieting not once but repetitively and I still do today! Yes, I am going to talk about my transformation and the issues I encountered before and during my diet and a little about my accomplishments. I had several reasons for succeeding in my diet, but would you believe me if I said that one of them was my academic major change from Civil Engineering to International Business? It had an important impact on my diet and my transformation.

When I was a kid I always dreamed big and I still do. I would say to my parents that I am going build them a Sri Lankan style house in France and I will buy my father a Mercedes G Wagon AMG (yes I am very accurate with my dreams). But being an engineering student was not giving me the hopes to accomplish these dreams. When I was an engineering student, one day as I was sitting in class, I looked around the classroom at my classmates and wondered why I didn’t share that passion and hope that someday I would be a great engineer. Since that moment, I started to feel the need to be passionate about what I am studying because that is eventually going to be my future.

I always thought of me as a construction manager or someone that deals with money, scheduling, organizing, directing etc. … something that has to do with business. Majoring in international business with a minor in civil engineering was the way to go. I chose international business to understand the basics of business and international so I could utilize the three languages and cultures (English, French and Tamil) that I am exposed to almost every day. How? Well, even though I live in the U.S. I switch to my Sri Lankan self when I meet with my uncle or talk on the phone with my grandmother and finally to my French self when I connect with my high school friends from France or watch French news.

You may be wondering why I chose civil engineering in the first place? Well, I wanted to make my father and my grandmother happy. I wanted to continue on my grand-father and my father’s path of being a building contractor and a draftsman in Sri Lanka. I know this sounds cheesy, but after all the trouble my family went through as immigrants and after all the trouble they went through raising me without lacking anything, I wanted to give them something back and I thought that becoming an engineer would be my way of paying them back. On a side note: Words are not enough to describe how terrified I am to tell my father that I have switched majors! But let’s save that for another blog and let me tell you more about my diet and what it has to do with my major change.

While knowing the basics of business, being trilingual, and growing up in a multicultural environment is all great but I was missing some very important qualities to be a business man, such as self-confidence, perseverance and discipline. I saw all three qualities in my father. Despite being an immigrant from Sri Lanka, uneducated and not speaking French fluently, he is the greatest businessman I know. Growing up I remember seeing my father speaking confidently with his broken French, trying to make deals with a wholesaler company called Tibsy to grow his own little business in Villiers Le Bel, a very small city in the Paris suburbs. Sometimes he would fail, but that did not stop him from moving on and making other deals.

My father is always busy in his work, but he enjoys spending time with family whenever he can, no matter what time it is. I know that Friday and Saturday nights are the times he loves the most because since he is the oldest of the family, my aunts, uncles and their kids would come to our house and we would all have dinner together and discuss about our week until late at night. My father would have fun and stay up until everyone left, and then he would go to his little office room and finish up his work. That made me realize how disciplined he was with his work.

Everyone has their reasons for lacking self-confidence and for me it was because of the way I looked and felt about myself. Since I could remember, my family, friends and people in general used to call me “Gundu Ravi” or “Gunda” in Tamil, which literally means “fat Ravi or fatty.” That nickname became my identity, and I did not pay much attention to it until the beginning of my teenage life. Once I started to go to high school I was getting angry and frustrated because of people calling me that, especially in front of girls (let’s be honest), and my insecurities began then. So, I started my diet adventure way back then to get rid of that feeling. Needless to say, I failed every time for almost 12 years. In addition, five years ago when I came to the United States, just being away from my family and friends turned me into a stress eater so I became obese and was over a 100 lbs. overweight. The “Super Diet,” as I liked to call it, started on March 6, 2017 and my goal was to lose a 100 lbs. in one year. 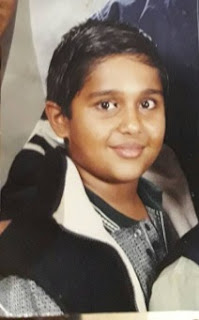 After trying so many diet strategies such as the running-every-day, doing core exercises, eating less, fasting for a day, trying different kinds of detox etc. … and following some of the most famous ones like Paleo or Dukan, NOTHING WORKED!!! The worst of it all is people's advice on how to diet! I hated it so much when people who have never tried dieting in their life would approach me and tell me how to diet. Sometimes those people would completely be random! Like that one time I went to Canada to visit my sister, my uncle asked me to deliver a package to his friend that I had never met before. So the friend invited me in so I could have some tea. The minute I sat on his couch he had the audacity to tell me that I needed to go on a diet because while I seemed very young, my age didn’t match my face! When he said that I just left the place without a word. Although I was picturing myself banging his head against the wall!

Anyway, after failing at all of the diets I have tried, there was only one thing left to do: create my own diet, inspired by everything I'd tried. My own diet came down to a simple one:  eating as few carbs as possible and working out twice a day, every day. I said it was a simple diet, but believe me, it was the hardest thing I have ever done in my life. Every time I started, I would be super motivated for a week and then fail, start up again for 2 weeks and fail once more. By failing I mean that I would go back to my bad eating habits and not workout. Finally, I decided to be persistent, disciplined and stick with “the super diet” for exactly one month and I succeeded. The results I got were so rewarding that I kept going for a year and eventually dieting became an addiction which then transformed into a lifestyle.

My routine was quite simple: I would wake up around 5am, stretch a little while making coffee, then grab my keys and I’d be off to the gym. At the gym, I would start by warming up using the rowing machine for 10 minutes and then I would do a full body workout using free weights for about an hour and 15 minutes. In the evening after class, work and studying, I would go back to the gym around 8.30pm and do cardio exercises for an hour and a half like jumping rope, rowing machine, and the elliptical.

My diet was simple as well: I would cook and not eat out. In the morning, I’d eat a cup of oatmeal with chopped bananas and honey, in the afternoon it could be buffalo chicken salad with blue cheese and I would avoid eating croutons, bread, anything with a high amount of carbohydrate for a very small portion of food. At night, I would eat chicken with broccoli that I let simmer in a very spicy curry sauce that I make with the spices my grandma sends me from France. I know that spicy food accelerates your metabolism. So, I eat spicy at night because I read somewhere that your metabolism is most effective at night, I don’t even know if that’s true. Hey, I am not a professional but I know my body and what seems to work for it. 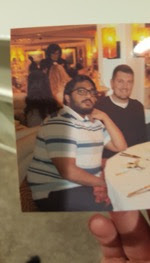 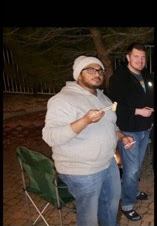 As a result, I went from being obese, weighing 280 lbs. in March 2017, to 180 lbs. in December 2017. I am currently weighing 190 lbs. because of the end-of-year celebrations and my trips to Japan and Canada, but I am not afraid of it because I have control over my body.

This transformation completely changed me as a person. The more I was disciplined in my workout the more disciplined I became in everything else I do like studying. I have way more self-confidence in me! I switched my major when I had only two semesters left to complete my civil engineering degree. But I still have the fear of telling my father about the major change. Ha ha! Other than that, when I went to visit my sister in Canada earlier this year, she told me, “You physically changed, but you are also more mature and you don’t get angry like you used to before.” Yes, my sister and I have a love-and-hate relationship but that too if for another future blog. Today, I am proud to say that I respect my health and that I have control over my body.

Finally, I just want to say that I believe any kind of success is not about motivation, it’s about discipline and hard work. I hope this blog will inspire you to accomplish something that you’ve always dreamed of. 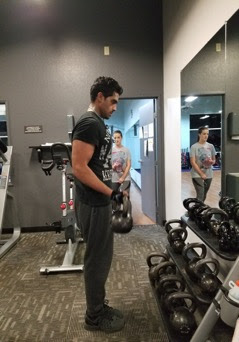 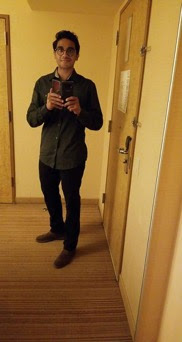 At the gym and before leaving for Japan