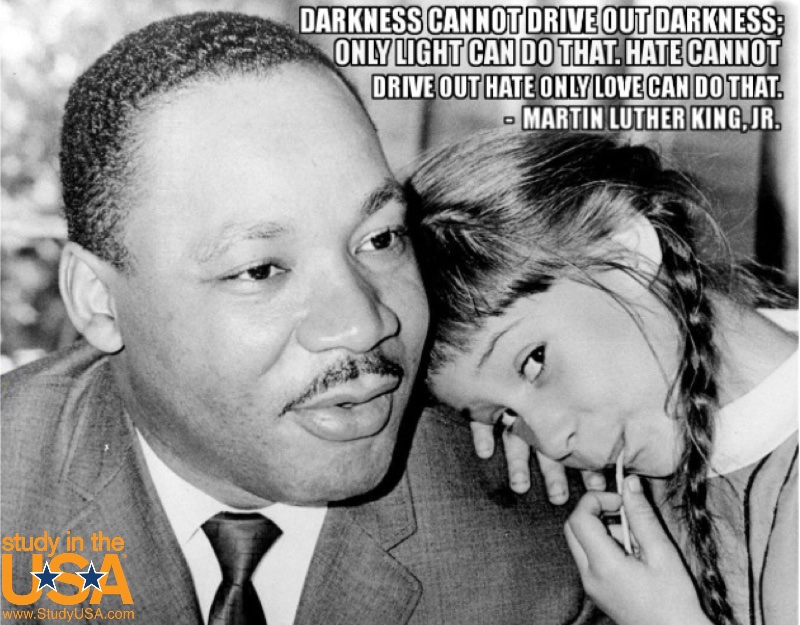 Martin Luther King was an important civil rights activist. He was a leader in the movement to end racial segregation in the United States. His most famous address was the "I Have A Dream" speech. He was an advocate of non-violent protest and became the youngest man to be awarded the Nobel Peace Prize.

Today, in the United States, we observe Martin Luther King Jr. Day, a federal holiday established in 1986 to honor the slain civil rights leader and his accomplishments. In the 1950s and 60s, King grew into a powerful speaker and promoter of nonviolent resistance to unjust laws, inspiring thousands to protest the injustices of segregation and fight these laws in the courts. Arrested many times, his life under constant threat, King and his supporters started to see some progress with the passing of the civil rights bill in 1964, and global recognition for his efforts when he was awarded the Nobel Peace Prize that same year. In April of 1968, Dr. King was shot and killed by James Earl Ray at a motel in Memphis, Tennessee, setting off riots across the nation. Nearly 47 years later, a nation looks back at the Reverend Martin Luther King's public life in photos.

Learn more about the national Day of Service at www.nationalservice.gov/mlkday.