Jason (left) at a basketball game with a fellow international student

What made you decide to come to the USA?
I did not know what I wanted to study in The Netherlands after high school and a gap year at college in the US gave me the opportunity to take many different classes to help me decide what major to choose when I go back to The Netherlands. The USA was and is always one of my favorite places to visit. Second of all is that I think that English is a really important language to speak and understand in your future life. The other reason is that I think that it is a really valuable experience for anyone.

Why did you choose GRC?
I chose GRC because I went to an information session in The Netherlands where one of the GRC representatives gave a presentation. They made me really excited about Green River because of the very personal approach GRC has as well as a very good international program. They also have a wide selection of classes that you can take. For example, their aviation department is really good and I like to take classes there. I would choose GRC again if I had to do it over and would recommend it to every future gap year student.

How has your gap year been so far?
My gap year so far is great! I made a lot of friends and I am having a really good time here. There are many fun things to do here, like going to sports events, hiking and exploring Seattle.

What do you like most about GRC?
What I like about GRC is that they take good care of their international students. The first time you come here they help you with a lot of things what makes everything a lot easier. And every staff member I ever had to deal with has been very friendly and helpful!

What is your most memorable experience since you have been here this year?
There have been so many! One of them is that I really like to travel so I have made quite a lot of trips here and spent Christmas in Costa Rica and New Year in San Diego. I travelled to LA with a friend I met at GRC and we even made it on TV in the US and the Netherlands! I celebrated my birthday at Seattle Mariners with 8 friends from 4 different countries.

What is a must-do or must-see as an international student here?
A must do in the United States is just to go places. Flights to LA for example are not expensive. SeaTac (the airport) is pretty close to GRC what makes it a lot easier. Another must do is go to American sports games like baseball and basketball. Participating in club activities is also a must as you meet new people and go on many fun excursions.

What are your plans for when your gap year is over?
After my gap year I will go to Avans Hogeschool in Breda and I will study International Engineering & Management there.

Do you have any tips for new gap year students?
Take part in as many activities as you can fit in. Join different clubs from college to meet many new people. Choose a wide range of subjects. Mingle with all the different nationalities and learn about different cultures. 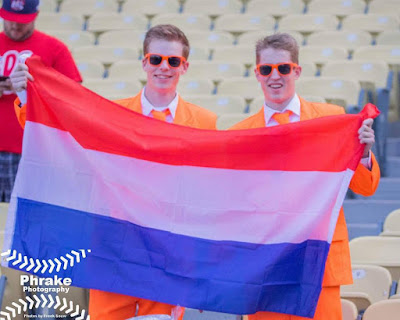 The scoop on Jason:

"Jason and Koen (both from the Netherlands) appeared on television when they dressed all in orange and held a Dutch flag to support a Dutch baseball team playing in L.A.  We even heard from some of our prospective students in the Netherlands that they saw the coverage on Dutch National T.V.!" 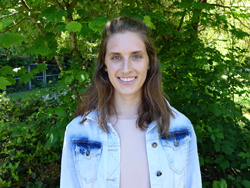 Milou Tromp, from the Netherlands, is currently working toward an Associate degree in criminal justice at Green River College. She first came to GRC in 2014 as a gap year student.