After retiring the last of its McDonnell Douglas MD-80 fleet to Roswell, New Mexico, in early September 2019, American is donating the last two MD-80 aircraft to CareerTech in Oklahoma City, and Lewis University in Romeoville, Illinois. The donations to the two schools provides aviation maintenance students the opportunity to gain practical experience by working on a commercial aircraft.

“As we look to the future of American’s Tech Ops workforce, it’s important to train the next generation of aviation maintenance students so we have a development pipeline for skilled technicians,” said Kevin Brickner, senior vice president of technical operations for American. “Just like the MD-80 inspired our own team members in their career development for more than 35 years, the aircraft will do the same for students for years to come. We are proud to partner with CareerTech and Lewis University on this donation.”

The MD-80 donation helps Lewis University Aviation and Transportation develop a new generation of training as it provides an updated avionics package and broadens opportunities for students to earn more Federal Aviation Administration (FAA) certificates. All 700 current Aviation and Transportation students will use the MD-80 at some point in their studies; however, it will primarily be used by nearly 200 students in the Aviation Maintenance Management program.

“Lewis has been a national leader in aviation education since 1932,” said Dr. David J. Livingston, president of Lewis University. “This generous donation from American Airlines will ensure that future Lewis graduates will enter the aviation industry with the best possible training and experience.”

American has donated eight MD-80 aircraft to educational causes. The others include:

American participates in initiatives that help introduce students to STEM careers in aviation. The airline recently invited students from W.H. Adamson High School in Dallas to tour the airline’s maintenance hangar at Dallas Fort Worth International Airport. The tour gave more than 25 students an opportunity to learn more about the operation and see how STEM professions play a vital role in aircraft maintenance. Interviews with 4 Students: Their Student Journeys Eneritz Ares is from Spain and is studying English at the English Language Institute at the University of California, San Diego in San Diego, California Clara Degez from France is studying for her Associate in Art Transfer Degree at Edmonds Community College in Edmonds, Washington. 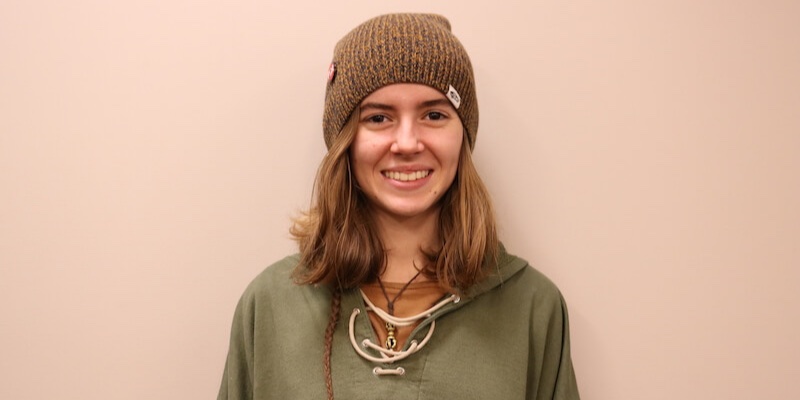 Study in the USA's Instagram account encouraged me. I understood that all of this wasn't impossible. I'm so happy to study here and learn more about a different culture.