How to Study Robotics in the U.S.

As the future rushes toward us at an ever-increasing pace, the relationship between humans and technology continues to weave itself together more tightly. Very few people have home phones anymore because we each have one in our pocket that is also a powerful computer, camera, game device, calendar, and on and on and on. The list of things that we rely on these small machines for is endless.

We are also building and programming robots to do many jobs that humans have previously done. Many robots are used in industrial settings, where they work on production lines with greater precision and efficiency than humans could ever have. Robots are also used in industries as varied as health care, food preparation, and the military.

As the field of robotics continues to grow and we continue to find more uses for robots in our everyday lives, now is a good time to consider robotics as an area of study. It’s an interdisciplinary field that includes mechanical engineering, electrical engineering, and computer programming.

Only 19 undergraduate robotics programs currently exist in the U.S., and one of the newest is at the State University of New York (SUNY) Plattsburgh. The university’s bachelor of science in robotics allows for job opportunities in programming, automation, software development, and others. With a degree in robotics, possible careers include: robotics programmer, industrial automation developer, robotics and automation specialist, electromechanical technician, or autonomic vehicle developer.

According to Dr. Delbert Hart, professor in computer science, robotics “is a technology that is becoming integrated into a wide variety of systems. As such, it is a field that has good career prospects for students.”

Because the program is interdisciplinary, students will receive instruction from professors in computer science, physics and mathematics. Also, an experiential learning component is central to the degree, so students will find internships and other applied learning experiences readily available. Students will learn analytical and critical thinking skills, problem-solving, design and building systems, software programming, hardware systems, and the design, construction and operation of robots.

With a larger emphasis on programming and less on hardware or engineering, the SUNY Plattsburgh program is unique among the other programs in the United States. Its core operating metric is small-robotics systems, as opposed to other programs whose focus is on robots used for industrial purposes.

“Most industry jobs are now multidisciplinary,” said Dr. Michael Walters, associate professor of physics. “Exposing our students to that mindset allows them to focus on the task or problem to solve instead of the boundaries of their particular discipline. A lot of times it takes a blend of skills and knowledge sets to find a thorough solution. Our students could have an advantage in the workplace and beyond.” 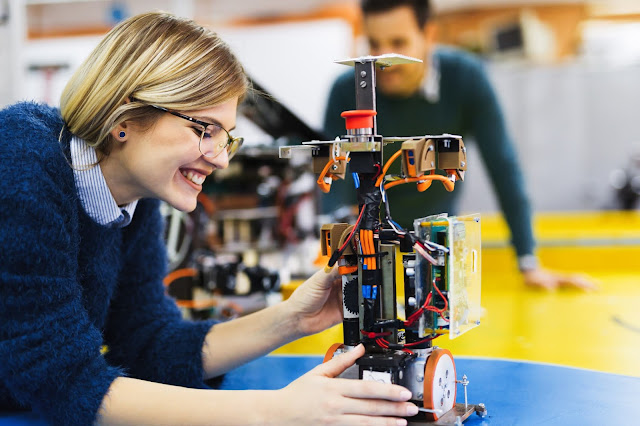 Where Can I Study English in Los Angeles, CA Where Can I Study English in San Francisco, CA Where Can I Study English in San Diego, California?