American Slang Words you Need to Know in 2020

For many English learners that are planning on studying or working in the U.S, students are often bombarded with many unfamiliar slang words from American TV shows, songs or native-speaker friends. Slang words learning are often excluded from formal English education, yet it helps English learners to understand American popular culture and better communication with their American friends.

“Sorry friends, I have to bail tonight.”

You may have heard of this term in many American pop songs, such as White Iverson by Post Malon when he said: “When I started ballin’ I was young”. In casual conversation, ballin’ means having a wealthy and luxurious lifestyle.

“Heard you went on vacation in Los Angeles again last week, you are ballin’!”

Meaning “calm down” on casual occasions.

If your friends are being overly excited at a football game, you can say “Hey man, chill out.”

Referring to someone when they are humble, genuine, and easy to get along with.

“I made a new friend at the museum last night, she was super down to earth. I would love to hang out with her again!”

Not the cute animal, but the acronym for “Greatest Of All Time”. Pronounce exactly like the animal, but GOAT should only be used to talk about someone who truly is the greatest of all time.

“Kobe is the GOAT, may he rest in peace”

It is an informal way of saying being greatly impressed by someone from performing or just doing something well.

“Beyoncé slays in her every performance!”

The word was first found in the song “Stan”, from American rapper Eminem’s album in 2000. Nowadays, it refers to die-hard fans of celebrities.

“Did you watch JLo and Shakira performances at Superbowl last night, I stan for them!”

It is slang for gossip or hot news circulating the situation. It is often used in terms such as what’s the tea (what’s the new gossip), spill the tea (tell someone about gossip), or just use it as one word referring to the hot news.

“Would you like to spill the tea of your date from last night?”

Different than the traditional definition, wack refers to “boring” or “worse than expectations” in the U.S pop culture.

“How was the movie you watched last night”

“The movie was wack.”

Equivalent to “what’s up” or “How are you doing”, often used as a causal greeting between friends. When an English speaker asks you that question, you can respond with what you are doing or how you are feeling at the moment.

“What’s good? Haven’t seen you for a while”

“Nothing much, just studying and preparing for the upcoming exams! How about you?” 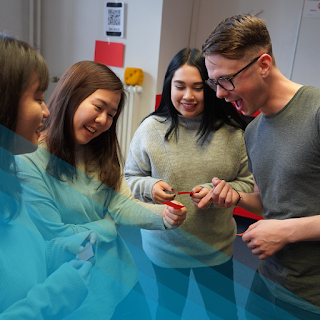 Learning English is a long and exciting experience, it also allows the learners to be exposed to the American culture and make friends worldwide. Kaplan International Languages (https://www.kaplaninternational.com/quote) provides English courses at all levels with flexible schedules. It is more than an English school with over 75 years of teaching experience but establish the best academic experience and make life-long friends! Click here to find the Kaplan International Schools near you! 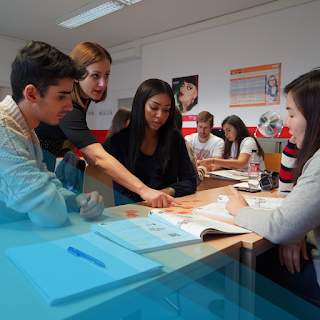 Challenge yourself in 2020 and improve your English with Kaplan International! Save now up to 25% Discount* when you sign up today! Starts here >https://www.kaplaninternational.com/contact-us/form