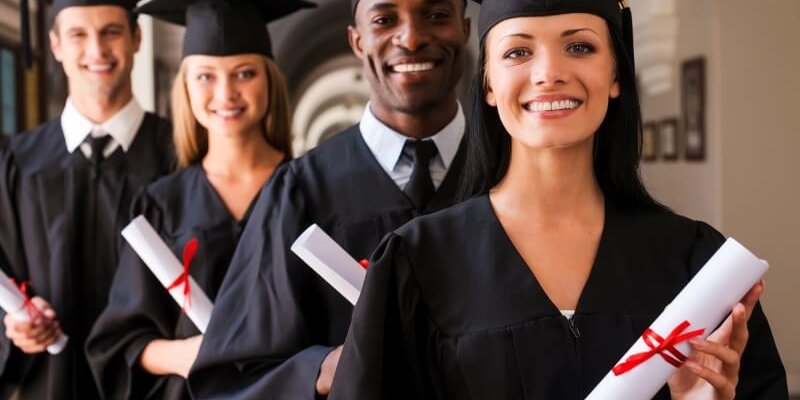 Hoping to get a master’s degree from a U.S. college or university? For most students, the process will take at least six years: four years of undergraduate study plus two or more years of graduate-level work.

But what if that degree could be earned in just five years — saving both time and money?

That’s the idea behind “Accelerated Master’s Degrees,” also known as “4+1 Degrees” or “Combined Degrees.” A growing number of American schools — including highly regarded institutions such as Duke and Johns Hopkins Universities — offer these programs, enabling students to obtain both a bachelor’s and a master’s in five years.

Combined degrees are particularly attractive to international students, who may want to spend less time away from their home countries while saving on tuition, travel, housing, and other costs.

For Amanda Botelho, an undergraduate student at the Massachusetts College of Liberal Arts (MCLA) in North Adams, Massachusetts, enrolling in a 4+1 program for an education degree “seemed like a no-brainer,” she said. It’s one of the main reasons she chose the school.

“I loved the campus,” she said. “Then, hearing about this program made me ultimately decide on MCLA. Being able to get a master’s in five years is awesome. It will help me save time and money, and jump into my career sooner.”

In addition to education, some of the more popular fields of study for accelerated master’s degrees are business, computer science, economics, engineering, public health, and mathematics. To see if a college you’re considering offers a program in your major, search the school’s website using key words “4+1 degree,” “combined degree” and “accelerated master’s.” Or talk to admissions officers.

Each institution designs its own degree programs, so be sure to find out how the one you’re interested in works, along with any restrictions or qualifications to meet. For example, most universities will not guarantee that a student who is admitted as an undergraduate will be admitted to the accelerated master’s program. Students will need to apply, usually at the end of the second or during the third year of study, after completing basic course requirements. Some colleges require a minimum GPA to apply.

Wondering how students are able to complete 6 years of work in 5 years? To start, many schools allow AP or IB credits from high school to meet bachelor’s degree requirements.

Students also take undergraduate and graduate-level courses simultaneously during the third and fourth years of study. Credits for some courses may be counted twice to satisfy both bachelor’s and master’s degree requirements.

Students in accelerated-degree programs will need to have good study habits and time-management skills. The course loads will be larger and the hours longer than in regular degree programs.

Sarah Bodman, a combined degree student in Advertising/Mass Communications at the University of Florida in Gainesville, says the workload has been challenging but not “overbearing.”

“I expected that master’s classes would be intense, but when you are doing what you love, it feels more like fun,” she said. “Also, programs recognize that you are completing your undergrad classes simultaneously.”

An accelerated degree is not the right option for everyone. Students in such programs probably won’t have time to explore classes outside their majors and may not have a typical college experience. Consult with an academic counselor before committing to such a program.