8 Reasons to Study in B.C., Canada

The whole time I was studying in Seattle, one of the most talked about travel destinations was British Columbia, Canada. While I couldn’t visit as often as I would have liked to, even the exchange students who were in Seattle for a couple of months tried to take enough time off to go for at least a weekend. Vancouver is just a short drive away, after all.

There’s the obvious reasons to visit, like how beautiful it is, how near, or how you don’t have to be 21 to have a drink. But there’s even better reasons to live there, at least for a couple of years. If you’re planning to study in Canada, these are some of the reasons why you might want to choose B.C.

Canada is so far North you would expect it to be freezing cold all year round. However, Canada is also the second largest country after Russia so you can’t expect the weather to be exactly the same all around. Even within the province, it varies, but while for parts of the country winter does seems to last forever, B.C.’s weather is relatively mild.

B.C.’s climate is influenced by the Pacific Ocean and their mountain ranges, and according to WorldAtlas, because of the warm currents, spring seems to reach a little earlier. The coastal region will have the best climate, with summers that stay around 20 degrees Celsius and winters that rarely go below freezing temperatures. However, in the middle of the province and further north, summers are a bit hotter, and winters a bit snowier. British Columbia’s LearnLiveBC website has more region-specific information for those who want a little more specificity.

On that note, you will have the four seasons if you move to B.C., so there will be different activities all year round. If you like spending time outdoors, you’ll never get bored. You can hike or find mountain trails even if you’re a rookie, such as the the Smooth Smoothie- a completely downhill biking trail, or you can go kayaking in Vancouver Island North. B.C. is also home to one of the largest ski resorts in North America: Whistler Blackcomb.

According to the British Columbia website, B.C.’s government is “committed to supporting B.C.’s technology industry with tools, funding and resources needed to stimulate economic growth and create jobs.” This means the goal is to grow and innovate to a point where it creates more high-paying jobs and consequently, offers more economic stability to the region’s population. British Columbia also funds and offers support to “advance research in areas of provincial priority.”

Even now, the technology sector provides over 100,000 jobs and generates more than $81.6 million in annual revenues, so this province might be a good option for those who are interested in this area. Nevertheless, this shouldn’t discourage those who are more interested in other areas from studying in British Columbia. Just in UBC, some other popular and highly ranked research programs include Forestry, Geography, Ecology, Telecommunications, International Relations, among others.

British Columbia’s website very proudly talks about the province’s Education Quality Assurance (EQA) and its benefits. “The Education Quality Assurance (EQA) designation is available to public and private institutions in B.C. that meet or exceed quality assurance standards set by the province of B.C.” This is extremely helpful for international students with no context of schools and academies besides links online; B.C.’s website provides a list of all EQA designated institutions. In fact, institutions must have the EQA designation in order to host international students on study permits, so if you’re looking for a list, that pdf is the best place to start. It ensures quality and “allows post-secondary institutions to compete at an international level.”

5. The Most Liveable City

Three Canadian cities were named on the list of Most Liveable Cities on the Economist Intelligence Unit 2018 ranking: Calgary, Toronto, and not surprisingly, Vancouver. On sixth place, Vancouver continues to attract people to visit, study, and live here. One of the main reasons is the nice balance between city-life, ocean and mountains. The Telegraph calls it one of North America’s most cosmopolitan cities, and quotes Jim Perrin saying, “[Vancouver is] a world-class city with ocean attached.”

According to Tourism Vancouver, this city in British Columbia is also known as Hollywood North, so it might be a good destination to look into for those interested in film and media as well. Tourism Vancouver mentions recent credits including Star Trek, Deadpool, X-Men, and even tv shows such as Arrow, The Flash, Supernatural, and The 100. As a related fun-fact, Lionsgate Films was founded in Vancouver.

We’ve all heard that people in Canada are very welcoming and friendly to the point where it’s almost a stereotype. One of my friends from university recently moved to Canada. Her name is Loreen, and when I asked her what her favorite parts about Canada were, this was one of the first things she mentioned. “Vancouver people are known to say thank you to their bus drivers a lot. Sometimes when people are coming home from work, buses will turn off the lights in the front of the bus so people can nap if it’s a long ride.” And, on that topic, she mentioned public transportation is extremely easy and trains take you farther than you’d expect.

I didn’t want to put cities as reasons to study in B.C. but if we’ve talked about Vancouver, we have to talk about Victoria. Conde Nast Traveler may agree that Vancouver is one of the friendliest cities in Canada, ranking it in second place, but for first place, they wrote Victoria. Victoria is actually the capital of British Columbia, and it is located in Vancouver Island, a quick ferry ride from Vancouver. It’s the perfect destination for a weekend getaway, regardless of where in British Columbia you want to study. One of the most popular places to visit in Victoria is Butchart Gardens. According to The Culture Trip, CNN, National Geographic and USA Today have all named this one of the world’s best gardens.

When you decide where you want to study, obviously you have to look at the universities or institutions depending on your interests or career choice. However, I really think that where you will learn is also an important factor. With just these eight reasons, at least you know if you find a school that fits you in B.C, you will definitely have a good time in between classes as well. 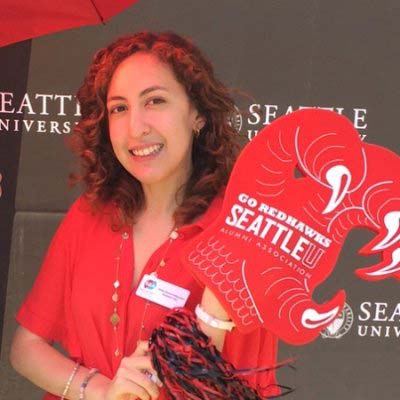 What is the Difference Between TOEFL iBT and TOEFL PBT?