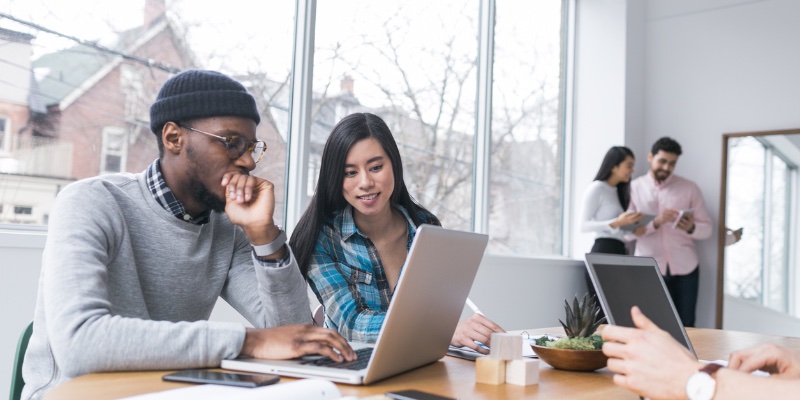 Not only does Canada have one of the best education systems in the world, with The Master Portal ranking it in 7th place, but Canada is also, not surprisingly, one of the most educated countries. This may in part be due to the efforts the Canadian government puts into education.

During a speech to the World Economic Forum in Davos, Prime Minister of Canada Justin Trudeau said, “We need to give people the tools and ability to help them succeed. [...] We need education to enable people to learn, think, and adapt. [...] We need policies that encourage science, innovation and research.”

Education is considered a priority, and public education is well-funded. Canada spends more than the average, and the results show.

The Organisation for Economic Co-operation and Development states that the average percentage of adults (between 25 and 64 years old) that completed any sort of tertiary education is 36.9 percent. Canada, at the top of this list, has 56.29 percent. CNBC names some other countries in the Top Ten including Japan, Israel, Korea, the United Kingdom, the United States, and Australia.

But how does the system work?

Because it’s mostly managed by each province, there may be some variations but here is the general idea for each level.

This is basically elementary school, and runs until grade 8, which is usually up to ages 13 or 14. The academic year starts in late August or September and ends in June, like in the United States. Just Landed’s guide to Canadian Public Schools says that Elementary Education is for the basic skills like reading, writing, mathematics, history, geography, science, art, among others.

Here’s where there are some variations depending on schools and provinces.

Most provinces consider grade 7 to 9 as junior high, or intermediate education, while others take grade 6 through 8 as “middle school.” Grades 9 to 12 are generally just known as high school, or secondary education.

The most notable differences are with Quebec. Quebec school only goes up to grade 11, and students only attend high school until around age 16. However, then they would transfer to a general or vocational college. On the other hand, Ontario also has a grade 12+

Again from Just Landed’s guide,  there may be a little more specialisation in secondary education, academic and vocational. Larger schools would also have more electives especially after grade 9, around the same time at which students would start to receive career guidance counseling.

For both of the above, parents can choose to place their kids in free public schools, paid private schools, educate them at home, and in most areas choose whether they want the children to learn in English or French.

Since education is only mandatory up to age 16 (or 18 in some provinces), this is where the choices become both more specific and more diverse. This is where we have universities, colleges, and institutes that can grant degrees, diplomas, certificates and other qualifications.

The Government of Canada’s website has a very detailed page on post-secondary educational options, but to summarize, universities are where one would get a bachelor’s, master’s or doctorate degree. Colleges and institutes have programs that run from one to three years in areas such as business, health, agriculture, computer and mechanical technologies, etc. Some recognized colleges offer bachelor’s degrees and some even master’s as well.

But, while this is the more basic structure of it, there are more details that make the Canadian education system interesting.

According to Bright Hub Education, “it starts with teachers.” In itself, teaching is a competitive area, so a lot of teachers decide to start with ESL in different countries (teaching english as a second language) before returning to teach in Canada. The pay is also quite good, as teachers “earn 85 percent of the GDP per capita.”

Moreover, Canada tries to help students by going further than just inside the classroom. Bright Education Hub says a clear example is Canada’s Student Success Strategy, which includes programs, learning opportunities, and going as far as assigning a special teacher to assist those at risk of dropping out.

BBC even talks about migrant students as one of the reasons for Canada’s outstanding reputation in terms of education. Canada sees international students as people who can be included in the conversation more than an “other,” or at least that’s how most perceive this. It claims that “despite the different policies in individual provinces, there is a common commitment to an equal chance in school.” (Coughlan)

Internationally, Canada is recognized as sort of an educational superpower, and within Canada, they constantly try to maintain this stance. In the way it is prioritized, the political efforts, and even the ways in which the system varies, students will be able to find what works best for their personal and academic goals.