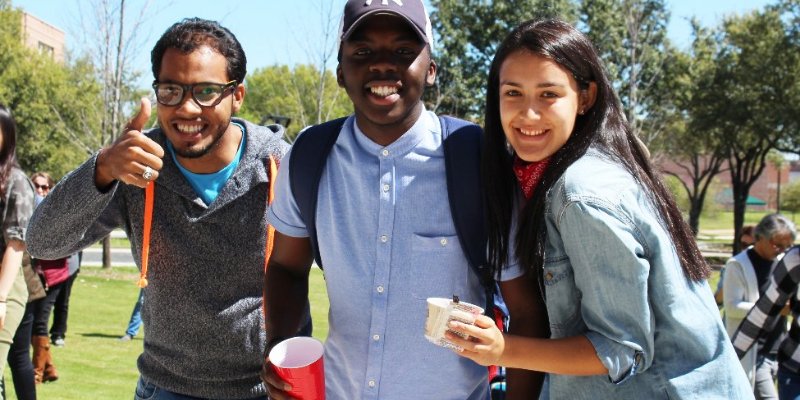 José Adrián is an architect by trade, and the Intensive English Program at Rice University helped him pursue his dream of becoming … a chef and restaurant owner! Here is how the story began for this Venezuelan entrepreneur: Even though he always had wanted to improve his English to get better professional opportunities, it was someone else who decided for José Adrián. Five years ago, at a time when he was unemployed and a little lost, a family member offered to pay for one year of English studies abroad. They picked the Rice University Intensive English Program and, when he came to visit Houston and Rice’s campus, it was love at first sight. 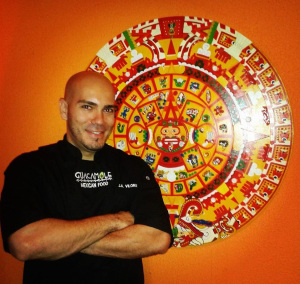 After taking the placement test, he was placed in level 4 of our six-level program. “I’ve got to be honest now, I thought it would be easy but after the first day of class I went back home crying. Although I was able to understand everything the teacher and my classmates said, I couldn’t speak fluently and I felt depressed. But quickly I got myself together and started to improve.” Once he realized how fast he was progressing he started to have new goals and dreams. He studied hard for the GRE and TOEFL and obtained excellent scores. He was admitted to a master’s degree program in construction management at the University of Houston. Unfortunately, he couldn’t afford the tuition and living costs, so he went back to Venezuela.

In José Adrián’s perception, “the magic” happened later. While studying here, he applied for an on-campus job at the Rice University Faculty Club. Students typically get jobs there as waiters, but he wanted to work in the kitchen, since his greatest passion has always been cooking. Everybody told him, “No way!”  This would be impossible, because the chef was very protective of her kitchen and very cautious when hiring. So he started to work as a waiter. He worked hard and showed his skills and good attitude, and one day the chef invited him to cook by her side. And now, the story’s happy ending: A couple of months after returning to his country, he opened his own restaurant, Guacamole Mexican Food. In only three years he opened three restaurants in different cities in Venezuela. “ESL at Rice is not only about what you learn in classes, it is a bunch of enriching experiences, if you really want to live them, to live the dream.”

José Adrián enjoyed everything about living in Houston, but one of his favorite things was walking everywhere. “Then I started to run, like Forrest Gump, which allowed me to get fit and healthier. The weather, the food, the lovely people that I met from different places…one part of my heart remains in Houston.” Actually, when asked where he sees himself in five years, he said: “In Houston. Why not? I beg life takes me back there, at least for a couple of days.” To international students considering studying English in the U.S., he says: “Do not even think, just go there. Take it seriously, learn, live and grow. There are no limits. If you choose to live such a wonderful experience, take advantage [of it]. Make it a turning point in your life.”