Learning English in the U.S.: What Makes Philadelphia Different 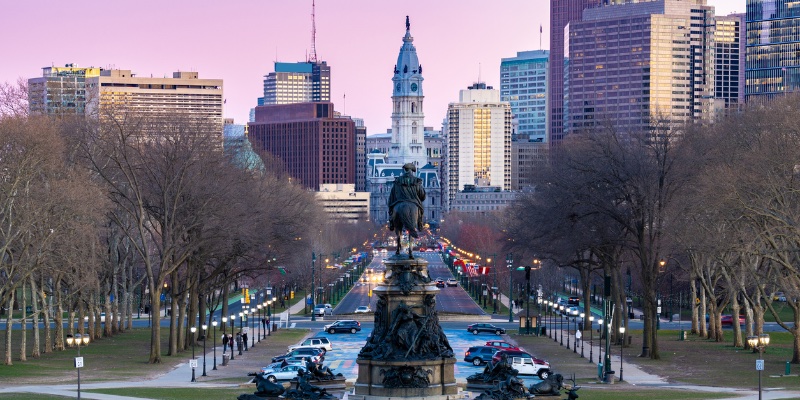 The United States is an enormous country with lots of culture to explore, making it difficult to decide where to begin when choosing a place to study. Located in the northeastern U.S., Philadelphia is an underrated gem with much to offer. As one of the oldest U.S. cities, its history and cultural diversity make it a standout destination for international students.

Since Philadelphia is where the United States was founded, you’ll find no better place to immerse yourself in U.S. history and culture.

You’ll discover endless things to see and do, from the Liberty Bell to Ben Franklin’s house to the Art Museum steps made famous by the movie Rocky. Or you can visit Independence Hall, where the Declaration of Independence and Constitution were signed.

As the first World Heritage City, Philadelphia is significant to global as well as U.S. culture.

What’s a World Heritage City? It’s a city that is recognized as having “outstanding universal value.” This means a combination of great history, arts, and culture that are important to our global society.

Philadelphia is more affordable than New York or Washington D.C., but easily accessible to both destinations (and more).

Though Philadelphia is a major metropolitan city, it’s 81 percent less expensive than New York, and 59 percent less expensive than Washington, D.C. (according to Sperling’s Best Places), which means your money will go further. Plus, a weekend getaway is only a bus or train ride away. Philadelphia is close to both NYC and D.C. on the east coast, and it’s only an hour from the beach town of Ocean City and the Pocono mountains.

Philadelphia is a city of colleges with a thriving culture for young people.

It’s home to the second-highest number of colleges in the nation including over 100 colleges and universities. The largest among them is Temple University, with nearly 40,000 students. Philadelphia’s recent boom of young people has created numerous opportunities for both work and play. To bring students together, Campus Philly hosts “CollegeFest” every September enabling college students from across the city to visit Philly museums for free.

Philadelphia is a hub for diverse industries.

Name your field of interest – healthcare, technology, higher education, communications, finance, or the arts – and Philadelphia has an opportunity to help you grow and explore your career. For international students, this means a chance to secure a meaningful internship that could be crucial for your resume.

Philadelphia is a diverse city that thrives on the influence of different cultures.

Out of the 1.5 M residents of Philadelphia, 23 percent speak a non-native language (that’s higher than the national average). The city is also home to many cultural neighborhoods and hotspots, such as Chinatown (one of the largest in the country), the Latino “El Corazon Cultural del Barrio,” “Little Africa” in West Philly, and America’s longest-standing outdoor Italian market in South Philly. International students will feel right at home!

Take it from these students - international students love the “City of Brotherly Love”!

“If someone asked me where in the world I would live, I would say Philadelphia because it’s a very diverse and international city. You just look at the buildings and the people and start to get excited.” – Arturo Vieyra (Mexico), Temple University IELP

“I love to go to Chinatown with my friends; it’s my favorite place. Center City Philadelphia is a great place to study…it’s the best experience you can have outside of campus.” – Ramin Fard (Iran), ‘19

“Philadelphia is a city of history and love. You don’t even need to open a history book - everywhere you go, there is something you can learn.” – Ivy Nguyen (Vietnam), Temple University ‘19

Whether you’re studying English in the U.S. or just exploring, Philadelphia is a great place to be. #YouAreWelcomeHere! 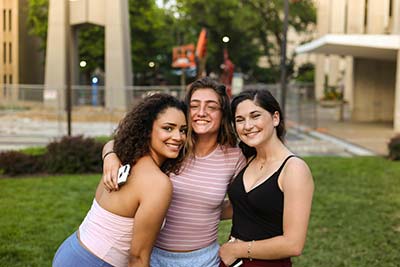 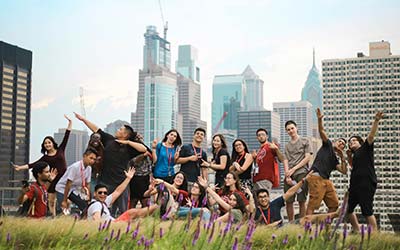