Meetings, Appointments, and Getting Together: What’s the Difference? 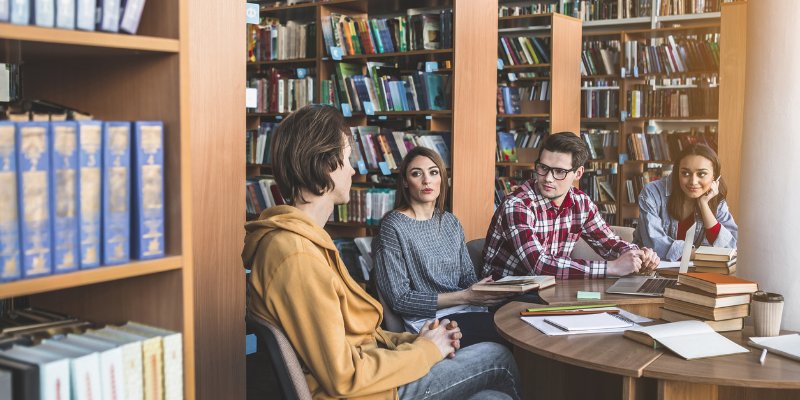 The United States is a culture of meetings. You might say that Americans are “meeting happy,” meaning that very little is accomplished unless people get together to talk about an issue and then another meeting is scheduled to talk about how the issue was handled or resolved. Why is this important to know and understand? First, if international students want to have a conversation with their professors about grades, attendance, or something else related to school, it’s important to make an appointment so that the professor sets aside time to talk. Second, making an appointment is a way of showing respect for people and their time. Third, making appointments also allows everyone going to the meeting to be prepared, so that the meeting is as focused, efficient, and productive as possible. Remember, “Time is money.”

So what is the difference between a meeting, an appointment, and getting together? A meeting is when people gather to talk about an issue that is related to the organization, such as a school meeting, a business meeting, or even a meeting for a religious organization. These kinds of meetings don’t just happen spontaneously. Rather, someone will schedule the meeting, make an appointment, and ask others to come to the meeting to talk about issues. Meetings are scheduled by finding a day and time on the calendar when everyone can come together. If you were to look at a professor’s or an administrator’s calendar, you would see they have many appointments written in their calendars each week.

Getting together is quite different from a meeting or an appointment. Getting together is usually an informal gathering where the purpose is more social than professional. For example, friends might get together on Friday night after a week of work to have a drink, talk about a variety of things, and just relax. Conversations may be about work, family, sports, weather, or other things. Getting together can also be spontaneous, meaning that no previous plan was made to meet.

At U.S. universities and colleges, faculty are required to hold “office hours.” Office hours are times during the week when the professor is supposed to be in his/her office for the purpose of meeting with students. For example, a professor might list his/her office hours as 3:00 to 5:00 p.m. on Tuesday and Thursday. This means that a student should be able drop in during the posted office hours to talk with the professor. Often times, though, the professor will be talking with another student or involved in another meeting. Thus, if a student really wants to have quality time with a professor, it is advisable to make an appointment.

For meeting with a professor or administrator at a U.S. university or college, it’s important to know how to make an appointment. It is also important to keep an appointment once it has been made. Keeping an appointment means going to the meeting at the time that the professor and student agreed on and to not be late or show up at a completely different time and day. Remember, “Time is money.”

Michael Schwartz is an Assistant Professor in the MA-TESL program at St. Cloud State University and the Director of the Intensive English Center. He has over 25 years of experience teaching ESL in intensive English programs both domestically and internationally. Michael teaches graduates classes in World Englishes, Discourse Analysis, and Second Language Writing. His research interests include second language acquisition, identity and language learning, and second language writing. He earned his Ph.D. in Educational Linguistics at the University of New Mexico.