Exploring Science Programs in the USA 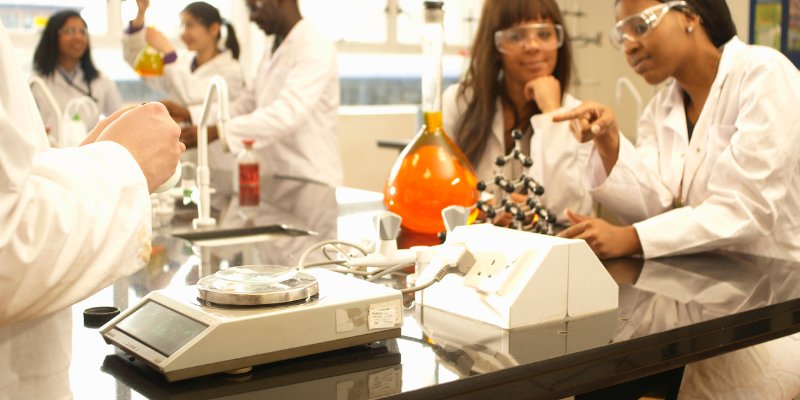 Students from around the world are coming to the United States in greater numbers than ever to study – and to study the sciences. When students come to the U.S. to study science they find the cutting edge of their discipline, with current knowledge gained through research.

They also find diverse and numerous fields of study from which to choose.

Science in the USA includes programs for chemists, astronomers, physicists, neuroscientists, geneticists, biologists, geologists, hydrologists, seismologists, climatologists, oceanographers, nurses – just to name a few of the thousands of areas to study. And students will find a growing number of multi-disciplinary programs that combine subjects to customize a course of study.

“In the U.S., professors at the forefront of current science are also teaching in the classroom,” said Jeff Thompson, dean of the College of Science at the University of Nevada, Reno (UNR). UNR is ranked in the top tier of best national universities in nearly every science discipline.

“Students would gain more at a university where that [research] occurs, rather than schools without research where they have professors who may not have been involved in their discipline since they first became professors.”

“I will work in order to pursue a PhD degree in the field of biological sciences, more specifically in the cancer therapeutics area. My education experience in the U.S. was a great chance to get deeper into this area, learning more about molecular biology and immunology with the great faculty at Rutgers.” 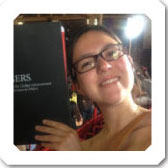 -Helena Flores Mello, from the Universidade Federal do Rio Grande do Sul, is a junior studying Biological Sciences at Rutgers, The State University of New Jersey.

In general, students may find a much more mature research complex in place in U.S. university programs. Other countries may have an academic system that is quite rigorous, but perhaps limited in the types of research equipment, resources and infrastructure to operate the equipment.

“International students coming to study in the U.S. benefit from access to some of the finest professors and research laboratories in the world, ” said Allan Goodman, President of the Institute of International Education.

International students in the USA have access to a wealth of technical skills and problem-solving abilities that will prepare them for professional science careers either at home or in the United States. Twenty percent of all jobs now require some background in science, technology, engineering or math (STEM), according to a June 2013 study by the Brookings Institution.

Francisco Suarez Poch came to the U.S. from Chile to study hydrological sciences at the University of Nevada, Reno’s renowned Interdisciplinary Hydrogeology program.

“To me, the U.S. is the core of scientific research of the world, so it is the best place to get a good education,” said Poch.

“One of the nice things about study in the U.S. is that you can be close to many research groups working in similar things so you can get very nice feedback. Sometimes this is hard if you are outside the U.S. or Europe,” explained Poch. Living and studying in the USA also gave him the opportunity to meet a lot of new people and do much more than just studying.

“I am planning to do a master in pomology or plant genetic breeding. The program allowed me to know another culture, to improve my English skills, and to augment my vision about the world.” 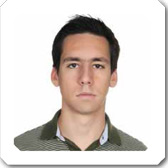 -Henrique Uliana Trentin, from the Universidade Federal do Rio Grande do Sul, is a senior studying Agronomy at Illinois State University.

After earning his undergraduate degree in Chile, he came to the U.S. to earn his doctorate in hydrogeology. He has since returned to Santiago and Pontificia Universidad Católica de Chile where he is an assistant professor teaching in the Department of Hydraulic and Environmental Engineering.

While studying in the United States he collaborated with his research professors to develop a solar-pond membrane-distillation desalinization process to clean lake ecosystems endangered by low water and high salinity. He presented some of his solar-pond research at the annual Fall AGU (American Geophysical Union) conference in San Francisco, attended by 16,000 geophysicists from around the world.

Francisco’s story is not uncommon.

“We always have undergrads working in the lab, and it provides them a path to graduate programs and advanced training.”

Mancini researches high-energy density plasma at the University of Nevada, Reno’s Nevada Terawatt Facility, which houses one of the two most powerful university-based pulse-power generators nationwide – the 2-terawatt Zebra accelerator. He is studying ultra-high temperature and non-equilibrium plasmas to mimic what happens to matter in accretion disks around black holes. He has guided international students through doctoral programs, some of them now working in prestigious labs such as Los Alamos Laboratory in the United States. He also teaches the latest in plasma spectroscopy, using an interactive, real-time web-based classroom that reaches students from Japan to Germany.

Just recently a Hungarian student studying and working with researchers at the Nevada Terawatt Facility graduated and returned to Hungary. He went immediately to work as a scientist in the new Extreme Light Infrastructure, a laser facility that aims to host some the most intense research lasers worldwide.

International students will not only find outstanding research opportunities in the U.S., they also see things from a different perspective. Here, students have access to different climates to study, different animals and plants to study and a broader view of the different methods of science practiced in a variety of laboratories. Earth scientists, for example, have the opportunity to study different soil types, ecosystems or unique geographic features.

“Another distinguishing factor for students to consider when deciding where to study in the United States is whether independent thinking is encouraged,” said Thompson.

Perhaps noted American astronomer, astrophysicist and author Carl Sagan said it best, “Science is a way of thinking much more than it is a body of knowledge.”

As an academic advisor for international students, Jim Carr is impressed by the caliber of students who come from other countries:

“The students are extremely well educated; they are very bright and are acing (getting A grades in) their classes. They come here to receive up-to-date training in their area of interest, but even when students come to the U.S. for an education similar to what they can get back home they are looking to broaden their horizons, to interact with other students and learn about a new culture while getting their education. For science students, they can learn new research techniques, learn how to use the latest technologies and tools for their discipline and be exposed to a variety of viewpoints and approaches.”

Students who come to the U.S. can have the benefit of top-flight researchers and will find a culture of scientific curiosity, discovery and a bold quest for new knowledge. 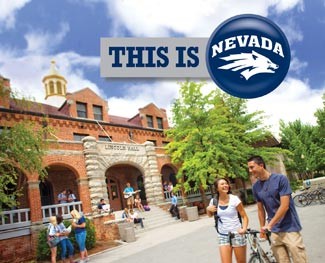 At first glance, one wouldn’t think Doug Smith, the founder and lead scientist of the Yellowstone Wolf Project and Kevin McArthur, former President of the Goldcorp Mining Company and current owner of one of the newest mining companies in Nevada, Tahoe Resources, have anything in common.

They are both University of Nevada, Reno College of Science graduates, and they are both successful business leaders. They made an effective transition from academia to the world of business, albeit with quite a different focus.

College of Science Dean, Jeff Thompson has continually been inspired to see the connection between the disciplines of business and science play out in the corporate world. He wants today’s science students to fully understand the possible career interplay a foundation in science can provide in the world of business.

“Most of the students we graduate from the College of Science work in the for-profit world,” says Dean, Jeff Thompson.

“We do a great job of training them in academia, and we emphasize how to succeed in the business world. What sets us apart from many institutions is our focus on training students to think on their own through research – both at the undergraduate level and the graduate level – working with professors who are at the top of their fields.”

Thompson points out many examples of College of Science alumni who have successfully navigated the business world’s waters:

The College of Science offers more than 50 degrees in 18 different majors, everything from Atmospheric Sciences to Biology, Chemistry, Ecology, Geography, Geology, Mathematics, Neuroscience and Physics. The College is renowned around the world for its Mackay School of Earth Sciences and Engineering programs, its Nevada Terawatt Facility with its research into high-density energy plasmas, and is forging a successful path in neuroscience. The program also offers a successful path to medical school. A number of state-of-the art labs supports research and education throughout the college. Degrees are offered at the bachelor’s, master’s and doctoral levels.

The College of Science has an extensive research enterprise – the faculty generate more than $26 million in extramural research funding annually. The Carnegie Foundation for the Advancement of Teaching classifies the University of Nevada, Reno as a comprehensive, doctoral-granting university with high research activity.

A few of the research centers include

The Colleges Department of Chemistry Shared Instrumentation Laboratory is a free resource to the entire campus, making lab equipment available to all students as well as custom research instruments, computational facilities and workspace.

In addition to the labs, the northern Nevada region, with its high-desert environment, diverse geological attributes such as the Sierra Nevada mountains, Lake Tahoe and a number of other rivers and high elevation lakes makes field research a vital part of the programs at the University of Nevada, Reno.

Mike Wolterbeek is a Communications Officer at the University of Nevada, Reno